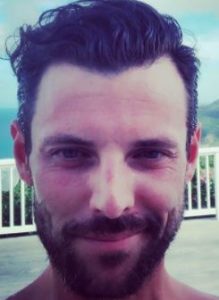 There is another entertaining, bombastic, decadent reality show for the lovers of reality shows called Bling Empire. And one of the cast members of the new show is Florent Bonadei.

In this article, we cover the life and times of Florent with some interesting wikis about him.

According to some reports, Florent Bonadei was born something during the early 80s, and his age might be in the late 30s. Florent’s born day, on the other hand, was well known. He celebrated his birthday every year on the 21st of August.

And being born on the 21st of August, Florent’s zodiac sign Leo.

Well, there was no information about Florent’s family on the web. In fact, the only one time we found the mention of Florent’s family was in an Instagram post, where Florent had uploaded a picture of Piece Montee which his family had made on his birthday.

Although featuring in a reality show about Asian and Asian-American people, Florent Bonadei is actually white and not even American. Florent’s ethnicity is European. He is actually from Paris, France.

Talking about his education, Florent was quite a man of culture. He had attended Universite Toulouse 1 Capitole for his undergraduate. Later, he had graduated from the European School of Economics with a master’s degree and from the Universite Paris Nanterre with a management license.

He also had an English First Certificate from Cambridge from the University of Cambridge.

According to many reports, Florent Bonadei is a man of average height, standing at a height of 5 ft 11 inches. And he weighed around 79 kgs.

Florent had a fair amount of social media presence, although not enough reach. On Instagram, he had 427 posts (as of 18 January 2021) but just 5.5k followers.

On Twitter, he had only 60 followers. He also had a Facebook profile but that profile only had a cover photo and almost nothing else.

Professionally, Florent is a manager and executive in the fashion industry. He started his career as a demonstrateur for DSQAURED2 SPA. And went on to work for the famous French fashion designer Catherine Malandrino, the menswear brand Berluti, and the luxury fashion house Maison Martin Margiela.

Between 2014 to 2017, Florent worked as an Assistant Manager and later directeur for Valentino the fashion brand. As of Jan 2021, he was working for Boucheron, a French luxury jewelry house.

His job in Boucheron for the last 10 months was that of an EMEA & North America Business Developer & Private Client Development Manager. He had held the job of private client executive before that in the same company.

Apart from his professional job, Florent had also appeared on Bling Empire, Netflix‘s new reality show about rich Asians living in LA. Florent appeared as the best friend of Anna Shay, one of the lead cast members and matriarch of the show.

Both Florent’s and Anna’s Instagrams are littered with each other’s pictures. It seems that they are very close to each other. In fact, Anna often went to him for any kind of help. For example, he taught Anna about Influencer culture, especially about sponsorship.

Florent Bonadei’s net worth, as of early 2021, was estimated to be around half a million dollars (i.e. $500 thousand).

At this point, the story of Florent Bonadei takes a rather interesting turn. Towards the end of the first season of the Bling Empire, Florent was asked for his number by Kane Lim, who was the friend of his best friend, Anna.

Florent seemed to have responded in a positive way saying that he was single and very much available. That cleared things about both Florent’s sexuality: he was gay. 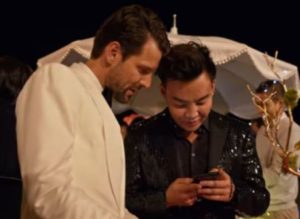 What happened afterward was not known. Neither Florent’s nor Kane’s Instagrams featured any indications of the two of them dating. They did follow each other on IG though. But still, there was no definitive evidence that Kane had indeed become Florent’s romantic partner.

Moreover, there was no information about Florent’s former partners before Kane. What was known was the fact that Florent loved beaches and eating outside.