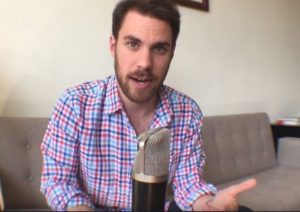 Evan Puschak is the brainchild behind the thought-provoking and massively popular YouTube channel “Nerdwriter1.”

True to his moniker, Evan tackles a wide array of topics – from literature to art to science, language and culture – through video essays.

Dive into Evan’s wiki-style biography to get to know him better.

A Virgo courtesy of Sun sign, the YouTuber celebrates his birthday on the same day as WWE superstar Jeff Hardy and reality star Chloe Ferry.

Hailing from the family of four, Evan isn’t his biological parents’ sole child. He is siblings with sister Syndey Puschak, who made an apperance on his 2013 YouTube Q&A video.

While in college, Evan became enamored with reading. By sophomore year, he was skipping classes and spending more time in the library.

Graduating from Boston University in 2010, Evan Puschak fled to Paris, France. There, he began working on a book which would later become a novella entitled “Big City.”

After six months stay in Europe, Evan relocated to Los Angeles. Watching YouTuber/author John Green use the video-sharing platform to promote his book inspired him to do the same.

Within 15 weeks of uploading his first video, Evan realized that he could make a living through YouTube. According to “socialblade.com,” he pockets anywhere from $8.8k to $140.7k in YouTube earnings.

Perhaps, the better indicator of Evan’s multi-million net worth is his Patreon page. As of September 2019, he garnered 2069 patron. Collectively, the patrons funded $3.387k per video.

Beyond “Nerdwriter1,” Evan also attends seminars & conferences and appears on podcasts. His TED Talk – at the writing of this article – accumulated 1.6 million views.

Before his YouTube career, Evan worked as a multi-media editor for MSNBC. Working for The Discovery Channel, he hosted and wrote the show “Seeker Daily.” He once enjoyed a short-lived life as a podcaster.

Chances are that Evan Puschak met multimedia host and his future wife Lissette Padilla during his stint on network television. 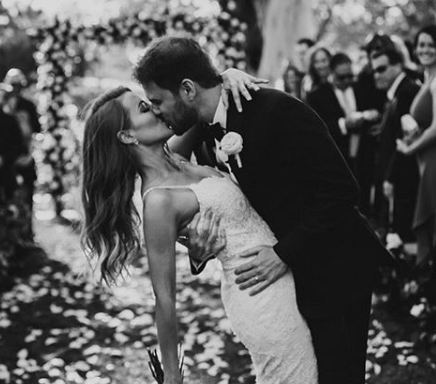 Almost a year and a half into their lives as an engaged couple, Evan and wife Lissette finally got married on 7th April 2019.

Sharing a photo of them kissing from the day of the wedding via Instagram, Lissette announced their marriage.

A graduate of the University of California, Lissette began serving as Omnivo Digital’s Director of Communications and Operations in March 2017.