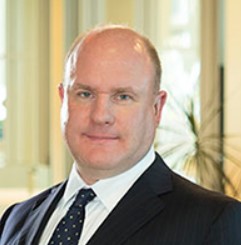 Everyone remembers Rachel Uchitel from different situations. Some people may remember her from the 9/11 attacks after the photo of her clutching a photograph of her fiance, who worked in the World Trade Center, went viral. While others may remember her after her rumored affair with the American professional golfer Tiger Woods ended his marriage to his wife Elin Nordegren in 2009.

Whatever the situation is you remember Rachel from, the bottom line is that she really likes to be the center of the media’s attention.

The nightclub hostess once again shook the Internet after she was seen canoodling with the lawyer Ed Batts at Denver Airport on December 13, 2020. Not only that, according to the reports, the married lawyer left his wife and three kids to live with her in Florida.

Learn more about the drama involving Ed Batts, his new girlfriend Rachel, and his wife Robyn in the wiki. Also, get insights into Ed’s general wikis, career info, and net worth.

Ed Batts & Rachel Uchitel: Dating, How Did They Meet?

In an exclusive interview with DailyMail, Ed’s wife Robyn, aged 59, revealed that Ed and Rachel first met online in November 2020. By the end of the month, he had already begun an affair with her.

Ed’s wife even claimed that Ed and Rachel started speaking regularly on the phone beginning on 5th December 2020. However, the corporate lawyer had told his wife that Rachel was nothing more than a college friend.

The wealthy lawyer then left San Diego on 10th December 2020. Though he had told his wife and children that he was leaving San Diego to have a peaceful weekend in the Midwest, as the series of events later revealed his plan was something else. 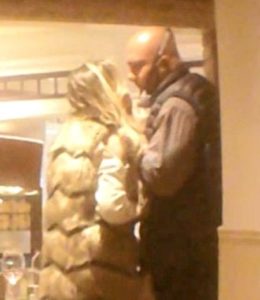 In the five-star Amangani resort, where the duo spent their night, Ed even spent $1,234 on dinners for Uchitel. The corporate lawyer splashed out a few dollars more buying Rachel a Tampax and a hairbrush.

It was only on 19th December 2020 that Robyn realized Ed was leaving her to live in Palm Spring Beach with his new girlfriend Rachel and her eight-year-old daughter Wyatt. The realization hit her after he closed their family bank account and boarded a red-eye flight to Florida.

Although the newly formed pair denied they were dating to DailyMail.com, several incidents suggest otherwise.

First, Ed rented a three-bedroom house across the street from Rachel’s apartment. Then he was pictured walking Rachel’s dog and spending time with her daughter Wyatt. Also, the pair were pictured walking in and out of each other’s homes.

All these incidents suggest that they both were lying when they denied they were dating.

When Ed met his wife Robyn in Colorada in 2012, she had recently lost her husband. Within a year, Ed totally fell in love with her and asked her to move in with him in his San Diego apartment.

Everything was going well in their life until Ed found Rachel on the Internet around Thanksgiving and was absolutely obsessed with her.

Robyn said, “I noticed he was treating us badly. Angry. Didn’t have any time for us. Then on 5th December 2020, we all went to get a Christmas tree together and we spent two days doing decorations. He didn’t seem very interested in it,” to DailyMail.

Ed even filed for divorce with Robyn on 17th December 2020 according to the court records.

After Ed allegedly closed their family bank account, Robyn said, “It’s such a huge betrayal. The kids are devastated.”

As of January 2021, nothing much is known about Ed’s family except that his family raised him in his hometown, which is in California.

For education, Ed attended the University of California, Los Angeles. He did his Bachelor’s in Political Science from there. He received his Juris Doctorate Degree in Law from Stanford University.

Ed Batts’s social media reach is decent as he was only available on Facebook as of this writing. Any updates on whether he will join Instagram or Facebook is not available.

Ed Batts stood at a height of 6 feet. Furthermore, he weighed under 86 kilograms. His distinctive physical features include a bald head and brown eyes.

Ed Batts’s reported net worth is over $ 1 million.