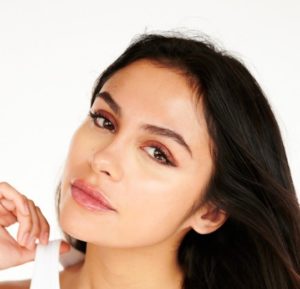 The 25th season of The Bachelor was a special one for so many reasons. First off, this season’s lead 28-year old Matt James was the first black male lead ever in The Bachelor franchise and secondly, Matt was also the first lead to have not appeared on The Bachelorette since Matt Grant in Season 12.

Although 43 ladies were announced to be joining the show, only 32 women later joined the show. Brittany Galvin, who belonged to the list of a woman not joining the show initially, came in after the 2nd Rose Ceremony.

According to the spoilers by Reality Steve, the model girl Brittany, within a few days of joining the show, created a real buzz after she was accused of being a sugar baby and an escort by the other ladies on the show. Could this accusation on Brittany make her journey in The Bachelor any tough?

Find that out in this Brittany Galvin wiki below as we decipher her journey in the competition. Also, get insights into her net worth, parents, and ethnicity.

Brittany Galvin was born and raised in the Chicago area. She has a great relationship with her parents, especially her mom Jean. Her parents, however, are not together anymore.

She also has a sister named Missy Galvin as her only sibling. Like Brittany, Missy is a model too. Missy was discovered by Ford Models at an age of 13. As an actor, Missy has appeared on TV shows like Chicago Fire, Empire, among others.

As of this writing, Brittany Galvin stood tall at a height of 5 feet 8 inches. The 23-year old, who has a decent weight, boasts body measurements of 34-27-34 inches. Her distinct features include brown eyes and dark brown hair.

Brittany Galvin Job, Net Worth, Is She A Sugar Baby?

Like her sister Missy, Brittany Galvin is a model by profession. Presently, she is signed to Wilhelmina Models Agency and has done several professional photo shoots for the company. Her net worth is reported to be under $300 thousand, as of this writing.

Unlike the first batch of contestants, the Chicago native did not have an official bio on the ABC website.

To jot down her academic qualifications, Brittany Galvin attended Hinsdale South High School. Between 2015 and 2019, she studied at the University of Missouri-Columbia.

Beyond her modeling career, Brittany also held regular jobs over the years. As of 2021, she was working for several companies including Wayword, Inc, and The Bridge. Likewise, she owned the Chicago-based YoTie.

As seen in the promo for The Bachelor, which aired right after the season premiere, one of Matt’s women Katie Thurston made a strong accusation about the identity of Brittany.

She told, “Well I’ve heard two different terms going around, I’ve heard ‘sugar baby’ and ‘escort.’ Adding to Katie’s statement, another woman Anna Redman told, “She may be having a transactional relationship with wealthy men.”

That being said, these accusations might have come out of pure jealousy and drama. It is a known fact that The Bachelor has a history of encouraging drama and rivalry between contestants. In light of that fact, we cannot deny that these allegations against Brittany are baseless.

Whatever the case is, Brittany Galvin has no option other than to confront those rumors once she joins the show if she wants to be Matt’s woman by the end of the show.

With that being said, in case Brittany performs really well in The Bachelor, she might even be part of the upcoming season of Bachelor in Paradise, which will take place in the summer of 2021.