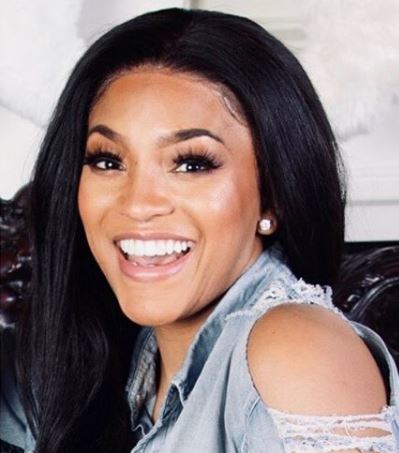 In July 2020, Bravo TV introduced a new cast, Drew Sidora for the Real Housewives of Atlanta season 3. After Eva Marcille announced her exit from the series in June that year, Drew alongside YouTube star LaToya Ali was all set to join RHOA.

Drew Sidora is an actress and a singer best known for playing Tionne ‘T-Boz’ Watkins in the 2013 TV movie CrazySexyCool: The TLC Story. Also, you may recognize her as Lucy Avila in the movie Step Up, or as Chantel in the Disney TV series, That’s So Raven.

Furthermore, she starred as a series regular in VH1’s HINDSIGHT 2020.

Divulge on the insider of Drew Sidora as you tag along with this article. Moreover, get to know about her parents, kids, and net worth as the article proceeds.

Born – May 1, 1985, Drew Sidora was 35 years of age as the “Black Lives Matter” protest started in 2020. She was incredibly supportive of the movement and often posted in support over her Instagram.

Corresponding to her birthday, Drew is of Taurus zodiac.

Drew Sidora was born and raised in Chicago, Illinois. Reportedly, she comes from a family of 5 siblings namely: Bryan, Allison, Christa, her, and Edilah.

As for her parents, they were married for over 55 years. Her mother Rev. Jeanette B. Jordan was Pastor of Journey to the Cross Ministries while her father Robert A. Jordan, M.D. is a Pediatrician Physician. 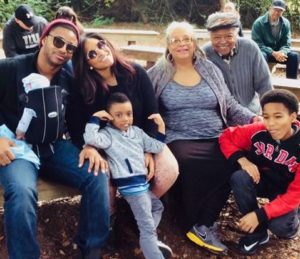 Furthermore, her father, Robert was the first black chief resident of pediatrics at Rush Presbyterian Hospital. Previously, when only 3 of her siblings were born, Robert worked at the Post Office for ten years. Unfortunately, Robert suffered from Alzheimer’s disease and also a Covid-19 survivor.

While Drew certainly has a perfect nose, it was not confirmed that she went through plastic surgery for it. Although there was a rumor going around that she had cosmetic surgery, it can be all-natural for all we know.

As an actor, Drew has scads of movies and TV shows entitled to her name. Listing some of the popular ones are —

Also, she made her acting debut at age ten in the 1995 TV movie Divas.

While as a singer, her single Juke It was released in 2010. Also, she released another in 2018 named Winner. Listing some of her popular music on Itunes — ‘Til the Dawn, For the love and I’m too Gangsta.

Drew Sidora married Ralph Pittman Jr. on Aug. 21, 2014. Her husband, Ralph was a business strategist and the Founder and CEO of My Mind Music. Since the duo were both into music, they often posted clips of Drew singing while her husband played the piano. 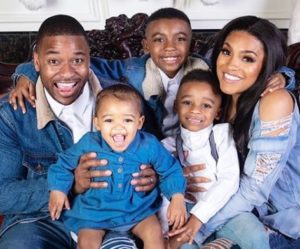 As for Drew’s kids, she has a son named Josiah (born in March 2011) from a previous relationship. After marrying Ralph, they have welcomed two kids together — a son named Machai David Pittman in June 2015 and a daughter named Aniya Grace Pittman in February 2018.

In Christmas 2019, Drew’s son, Josiah first time met his biological dad. Shedding light to this event, Drew’s husband, Ralph took it to Instagram explaining that it was a special moment for their family.

Also, he took this opportunity to share that he was raised in a single-parent household and experienced the void of a fatherly figure too. Being a step-dad himself, Ralph encouraged all the step-dad to step-up and be real dad themselves.

Drew had certainly found herself a compatible husband and loving father her for kids.

Rodney White is a USDA director who rose to fame as the alleged lover of reality TV star NeNe Leakes. While...