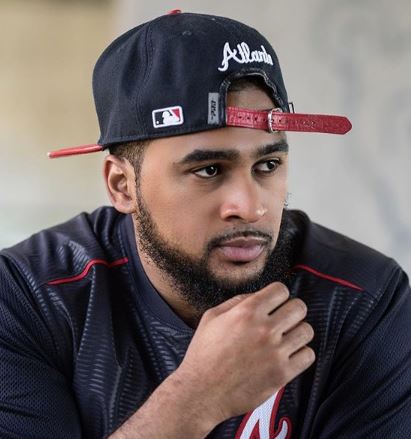 Also, the “Motivational Athlete” Adam is the founder and brand leader of iWontLose. In 2011, to tap into a larger audience, Adam initiated I Won’t Lose campaign. Since then, he came to limelight by motivating his viewers to be relentless in pursuit of their life goals.

Learn more about Adam Ali as you tag along with this wiki-style article. Moreover, get to know his family, net worth, and height as the article proceeds.

Corresponding to his birthday, Adam is of Virgo zodiac.

His success as a motivator gained media and press attention from regional and national outlets. He also appeared on interviews and articles from major outlets such as NBA TV, CBC Television, CP24, and many more media platforms.

Born in Toronto, Canada, Adam Ali grew up alongside his siblings. He had a few childhood pictures of his sisters over his Twitter.

As for his parents, his mother is named Samia while details on his father remained a few. All we know about his father is that he was African American.

Also, Adam seemed close to his mother. He had several pictures of his mother uploaded on Instagram on Mother’s day showing his love and appreciation.

Apart from this, Adam comes from a family of mixed ethnicity.

On April 18, 2014, Adam’s wife, LaToya Forever confessed that she and Adam didn’t follow any religion. They wanted to bring their child into this world with the religion of “LOVE”.

Taking about his distinct features, Adam is a man with big stature. With an impressive physique, he also looks cute with the dimpled smile on his right cheek.

Also, he had 52.8K followers on his Facebook @ADAMwontLOSE and 40K subscribers on his self-titled Youtube channel @Adam Ali.

Taking about his job, Adam worked as a fitness motivator/instructor for years. He even trained several local celebrities including rapper Ace Hood.

Furthermore, his popularity gained him many sponsors too. He then endorsed PharmaFreak, a nutritional supplement company, as well as partnered up with a health initiative called FEELRICH.

Also, he endorsed Clorox disinfectant in the 2020 pandemic. In 2019, he partnered with LAYS chips to help them get the word out on their great partnership with OperationSmile (free surgeries for children and young adults in developing countries).

Apart from this, Adam is also an author. On May 29, 2020, he launched a children’s book series with Dr. Cyam based on his baby girl @samiaslife.

Married for over 6 years, Adam Ali and LaToya Forever broke up in July 2020. While the duo’s break up was scandalous, their divorce was soon to dictate.

Reportedly, Adam asked LaToya to work things out but the Youtuber replied she was “for the streets”. Unable to comprehend the gist, Adam vlogged that his wife thought the “grass was greener on the other side.” 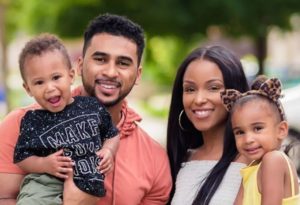 Adam Ali with LaToya Forever and their kids

Previously, Adam and LaToya dated for 3 years before finally getting married. Also, the couple has 3 kids together. Their daughter Samia was born in 2014, son Zayn in 2016, and daughter Ayah in summer 2019.