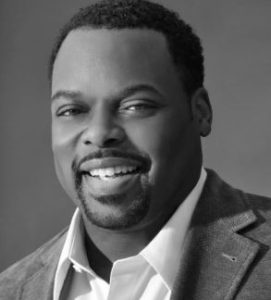 Bravo TV‘s Married to Medicine is a great view for those who are suckers for medical experts and their personal lives. Dr. Damon Kimes and Dr. Heavenly Kimes are among the celebrity medical experts in Atlanta, Georgia.

In this article, we present to you the interesting wikis about Dr. Damon Kimes like his age, net worth, as well as a bit of information about his wife, Dr. Heavenly Kimes.

Also, because of his 15th of July birthday, his zodiac sign was Cancer.

Also according to mylife.com, Damon had people named Dennis Kimes, Carolyn Kimes, Deborah Kimes, and William Kimes in his family. A short research on Facebook revealed that he also had family members named Shacara Kimes, Shirley Kimes, and Jackie Kimes.

We do not know what relation any of them have to Damon.

Damon was born in his hometown of Vineland, New Jersey. However, he currently lived in Atlanta, Georgia.

For his high school education, Damon attended Vineland Senior High School North in his hometown. Then for his college education, he went to Case Western Reserve in Cleveland, Ohio. He graduated with a BA degree in psychology in 1992.

Later, he went on to attend Meharry Medical College for his medical doctorate education.

Damon had a decent social media reach, especially on Instagram. He had 18.4k followers on Instagram with just 39 posts. On the other hand, he did not seem to be present on Twitter.

He was on Facebook and had 1200 friends. And he also had a Facebook page for his firm, Rosewell Pain Specialist (more on the firm later). The page had 381 followers and 378 likes.

Dr. Damon Kimes was a man of modest height and buildup. He stood at an average height of 5 ft 10 inches. And he had a weight of 89 kgs.

Dr. Damon Kimes was a board-certified practitioner in Family Medicine, Addiction Medicine, Emergency Medicine. He was also an expert doctor for Pain Management. As of now, Dr. Damon had worked in the emergency department for over 10 years.

Together with his wife Dr. Heavenly, Dr. Damon was featured on the covers of Business Mogul Magazine for their contributions as doctors during the COVID pandemic as well as their success in the business.

Apart from his medical career and business exploits, Damon was also a reality show star. He was part of Bravo TV‘s reality series Married to Medicine. The show follows a bunch of women in the medical field (Dr. Heavenly among them) and their families.

Damon was also part of another show, also in Bravo TV, called Race in America.

Damon had earned a lot of money from his medical career, his business career as well as his reality show appearance. His net worth, as of March 2021, was bout $5 million.

While he was studying medicine at Meharry Medical College, Damon met his wife Heavenly. At that time, Heavenly was studying dentistry. She eventually went on to become one of the most prominent dentists in not just the city of Atlanta but the entire US.

Currently, Heavenly was the founder and CEO of her own practice called Smiles. She was also a business tycoon in the dentistry business with a multi-million dollar corporation that had, at its peak, as many as 9 dental practices.

They starting dating in med school and never stopped. As of 2021, they had been together for over 27 years, having met in 1994.

They married each other after dating for about 4 years. They had their wedding on 17 August 1997. And in the 23 years since their wedding, they had three kids, two sons, Zach and Damon Jr., and a daughter named Alura. 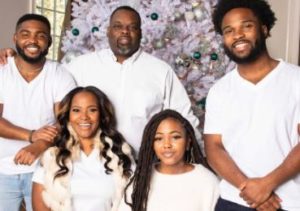 The eldest of their kids, Zach was already an adult and currently studying at the University of Georgia.

Currently, the Kimes family lived and worked in Atlanta, Georgia.