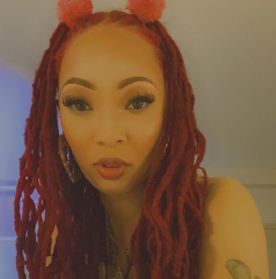 Deshayla “Shay” Harris, Oxygen’s Bad Girl Club‘s newest cast member lost her life at a shooting in Virginia Beach. She was an aspiring model and host of the show and a reality star by profession. Since her death, people directed their attention to information on her family members.

Scroll down this Deshayla “Shay” Harris wiki that covers information about the late reality star.

More From Us: Selena Gutierrez Wiki: 16 And Pregnant, Age, Sean

Deshayla “Shay” Harris was killed in a Virginia Beach melee. As reported, she was gunned down in a series of shootings that injured eight people wounded while one other died along with her.

A few hours before, Deshayla posted a video of herself before the shooting. The shooting happened after 11.30 PM at the Oceanfront section of the resort city. In the post, she shared “I’m only doing s**t that’s gonna make me elevate.”

Since the news of her death spread like wildfire, her fans flocked comment sections of her and her family’s socials to offer their condolences. Moreover, her sister Tashara Harris shared that Shay always called her to say that she loved her.

When Tashara didn’t receive a regular message which she does, she texted Shay writing— “I didn’t get a text from you this morning, you broke my heart Deshayla Shay Harris, why you leave us like this? My heart hurt so bad.”

The violent shooting occurred in the middle of the night in Virginia Beach. It was transpired after a fight broke-out when a person open-fired. As the police report revealed, she was a by-standers at the scene.

How Old Was She?

At the time of her death, Deshayla “Shay” Harris was 28 about to be 29 years old in May of 2021. She celebrated her birthday every year on 24 May. Furthermore, she owned Gemini as her zodiac sign.

Deshayla “Shay” Harris was born to her mother Renee Harris and her estranged husband in her hometown of Norfolk, Virginia, the United States. As her social media suggested, her father stayed away from media attention and probably her life. Whereas, her mother, went to Lake Taylor High School and followed by Tidewater Community College.

After the news of Deshayla’s death, she went on her Facebook and wrote— “Teron Rolla Artis Rolla Velli has my phone, NO PICS PLZ, No pics of my baby, we r just asking dat u respect our wished, NO PICS”

Coming to her social media reads, Deshayla was on Instagram with 41.6k followers. Likewise, her Twitter account earned 4175 followers in total as of March 2021. Moreover, she also owned a Facebook profile where she shared a few details about her life.

Moreover, Deshayla had attractive measurements of  36-25-37 inches giving her the curve people would die for. She also put on lockz in 2016 and was donning it ever since. Moreover, she inked two tattoos Beautiful and Blessed on her chest.

Deshalyla earned a total net worth of about $150 thousand. Her career contributed to much of what she made while she lived.

Deshayla “Shay” Harris earned prominence as one of the members of the Bad Girls Club of Oxygen network. She starred in the show with Seven, Francesca, Kiyana, Sayyora, Susan, and Keyaira.

The show focused on the altercations and physical confrontations of the seven casts. The cast enjoyed a luxurious lifestyle in a mansion for three months and obeyed specified rules. The production recorded the live interaction inside and outside of the house.

In 2020, another BGC cast Whitney Collings died at the age of 33. The reason behind her death was never revealed.

Deshayla  “Shay” Harris kept her love life a secret while she lived. She was never spotted getting with anyone that caught the public attention. No doubt, she attracted plenty of potential boyfriends who could actually become her husband. However, none of those relationships caught the attention of the media which resulted in the lack of information on her relationship.