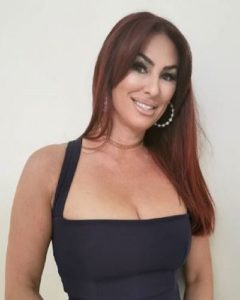 British reality television series, The Real Housewives of Cheshire (often abbreviated as RHOC) introduced to us the beauty, Lauren Simon, as its original cast.

Since the show premiered for the first time on 12 January 2015, Lauren has been one of the main cast, except for its ninth and tenth season. But she returned for the show’s eleventh season, which was postponed until 20 April in 2020 because of the COVID-19 pandemic.

Now, once again, the fans excited are excited to see her continue the RHOC journey for its 12th series which premiered on 12th October in 2020.

In the writing below is a detailed wiki about her.

Every year, the day 22nd March marks Lauren Simon’s birthday. Based on the fact one can say her zodiac sign is Aries.

During the 19th October episode of RHOC, Lauren Simon opened up about the dad’s death. Tearing up, she paid tribute to her dad, Alan Goldstone, who was an entrepreneur and hairdresser.

Successfully, Alan spent his hairdressing career across North America. On returning to the United Kingdom, he had opened 15 hair salons across Greater Manchester and Lancashire. Not to mention, Alan also launched a pizzeria in Hale, a charcoal barbecue takeaway in Hyde, and a mobile catering firm with the name, Papa Alanzo. 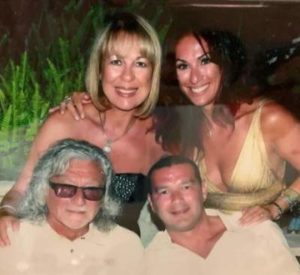 Lauren Simon with her parents and sibling (PIC: Lauren’s IG)

Alan passed away on 7th August in 2020 at the age of 77. He is survived by his wife and Lauren’s mom Petula and two children, Lauren and her only sibling, Jonathan.

Circa April in 2018, she surprised everyone with a dramatic makeover. Lauren had a non-surgical Silhouette Soft procedure, an alternative to surgical face-lift. “At my age, you’re constantly looking in the mirror and, working with lots of younger girls, I wanted to look younger”, said the Cheshire born and raised.

Also, talking about the makeover, the reality star admitted that she had Botox and a little bit of filler in the past.

She opened up how she was particularly concerned about the jowling around her jaw and chin. And thus happened the dramatic-appearing face-lift, in a clinic. Lauren’s aging skin was both lifted and ‘re-volumized’ in the process.

Lauren had 218K followers on Instagram (until 29th October in 2020). Further, more than 82.8K people were following her on Twitter. But it seemed she was not yet out on Facebook.

Lauren Simon, according to the Bravo bio for the show RHOC, is a stay-at-home mother and self-proclaimed “domestic goddess”. She admitted herself that she liked coffee, chocolate, and men, but they all have to be super-rich. No doubt, she entertains a lavish way of living.

Circa March 2016, Lauren Simon was reported with an estimated net worth of £6.9 million. Also, DailyMail previously reported that she owned property in Cheshire and Marbella.

Before her RHOC job, Lauren worked in public relations and marketing for VIP events and nightclubs. And, as of the latest season of the show, Lauren continued to merch the fragrance line LAUREN STONE to her UK consumer.

Lauren’s passion for the perfume business roots back to her grandmother’s vast collection of antique fragrance bottles sitting on her dressing table.

Well, out of her love for the sport Polo, Lauren also launched the Stone polo team.

When RHOC started in 2015, Lauren seemed happy and in love with her businessman husband Paul Simon. But the April of 2018 brought the news of her divorce after over ten years of marriage with the millionaire partner. 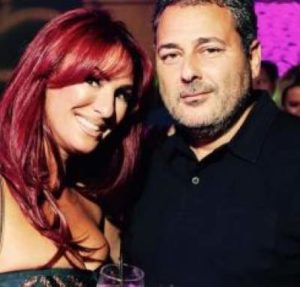 So far we know, the divorce battle was not an easy one. She was granted a £3 million payout as part of the negotiations. But the news then also said, her property investor ex-husband had been fighting it.

Who Is Lauren Simon Boyfriend?

Following the “hellish” divorce, Lauren Simon had re-entered the dating scene, with so much optimism. But for some reason, she did not reveal if she found herself in any romance.

Sadly, not just the media stories but her social media too is devoid of any proof about her having a boyfriend.

Hopefully, the new episodes will be uncovering her dating status,