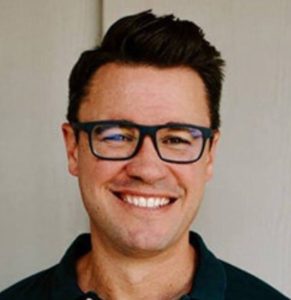 Every Instagram user probably remembers when Rachel Hollis, the author of self-help books like Girl, Wash Your Face, and Girl, Stop Apologizing, went viral in 2015 after she shared her bikini picture that revealed the stretch marks from her pregnancy.

Well, this Dave Hollis wiki is not about her, instead, this is about her ex-husband and business partner. Get insights into his height, job, net worth, and girlfriend information in the article below.

Until March 2021, Dave Hollis was on great terms with his parents, Patty Hollis (mom) and David Hollis (dad).

On March 9, 2021, Dave uploaded tons of pictures with her to his Instagram handle and wished a happy Women’s day to her. In the caption, he wrote: “I count myself so fortunate to have been surrounded throughout my life by strong, confident, God-centered women.”

On February 9 of 2021, Dave also revealed that his mom is the best grandmother his 4 kids could ever ask for. He wrote: “My mother is the greatest Lolly to these kiddos. When she’s in town, the bedtime routine is the stuff of legends.”

Dave, along with his dad, went golfing on a Thursday afternoon on October 4, 2019, while he was in Austin, Texas. Dave’s dad David went to Santa Ana Valley High School and worked at D. Hollis Construction, Inc.

Until 2021, Dave Hollis hadn’t shared any info on his siblings including their names and ages.

Dave Hollis is a man of great stature. As of April 2021, he stood at an exact height of 6 feet 4 inches.

Dave Hollis Job: What Does He Do For A Living?

Dave Hollis, who went to Pepperdine University for education, has been working as a writer since January 2021 and making his living.

Before that, Dave used to work as a CEO on his ex-wife Rachel’s firm The Hollis Company. The Hollis Company, where Dave worked from May 2018 to December 2020, vouched to make people’s lives better by bringing out their potential.

In the past, Dave has already worked as the chief of distribution at Walt Disney. Under his leadership, Dave helped the re-launch of the Star Wars franchise and the release of hit movies like Frozen and Beauty and the Beast.

Before working for Disney Studios, Dave was a publicist at Bragman Nyman Cafarelli. Furthermore, 46-years-old Dave also worked as a coordinator for Fox Broadcasting Company and Twentieth Century Fox.

By 2021, Dave Hollis’s net worth was reported to be around $4 million.

Are Dave And Rachel Hollis Still Together?

Unfortunately, Dave and his wife of more than 16 years, Rachel Hollis are not together as they mutually decided to part ways in June 2020.

Dave’s wife Rachel first broke the news of their split via a post on her Instagram handle. In the post, she wrote, “Guys, I have some hard news to share… Dave and I have made the incredibly difficult decision to end our marriage… We started as best friends 18 years ago…”

Dave also opened up about their decision to separate his followers via an Instagram post. He wrote, “Our marriage has been a triumph in so many ways… Rae and I decided that the best way to allow each of those to thrive in the future is to end our marriage.”

In their announcement, the former couple also made clear that they will continue co-parenting their four kids—Jackson, Sawyer, Ford, Noah.

To those who are unfamiliar with the name Heidi Powell, well she is the co-host of ABC‘s reality TV show Extreme Weight Loss and author of New York Times bestseller Choose More Lose More, for Life. 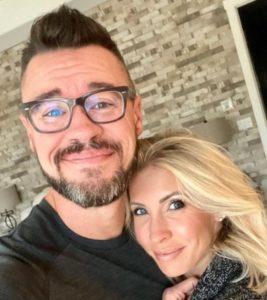 The pair first broke the news of them dating on February 15, 2021. Heidi made an Instagram post and uploaded a cute picture of themselves and captioned it: “I am the luckiest woman on the planet to be celebrating Valentines AND a birthday with this incredibly handsome, insanely brilliant, almost-too funny for his own good, big-hearted, deeply loving, family-oriented, God-centered, service-driven, + perfectly chivalrous best friend of mine.”

Since then, Dave and his girlfriend, Heidi have been featured on each other’s Instagram a couple of times. In Spring 2021, the powerful duo also went on a road trip along with Dave’s kids from his ex-wife Rachel. Heidi uploaded pictures from their road trip and wrote, “When Good Friday is also BEST Friday… Road trips are always made better when a special someone is waiting for you…,” in the caption.