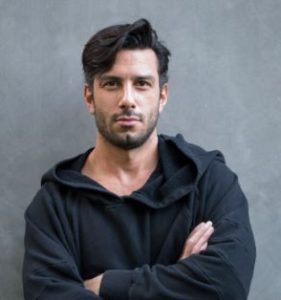 The title of “Trophy Husband” doesn’t suit Jwan Yosef. A celebrated artist, the beau of Ricky Martin is a star on his own right.

Read along to learn more about Jwan!

On 6th September 2019, Jwan Yosef turned 35 years of age. A Virgo by Sun sign, he shares his birthday with actor Idris Elba.

Jwan was born to a Syrian Kurdish father and an Armenian Christian mother in 1984. Because his parents followed different religions, he grew up with a broader understanding of faith.

A native of Ras al-Ayn Syria, 3-year-old Jwan along with the family immigrated to Sweden.

A holder of a B.A. degree from “Konstfack University of Arts, Crafts, and design,” Jwan earned his M.A. in Fine Arts in 2011 from “Central Saint Martins.”

Having earned his master’s degree, Jwan Yosef took part in several international group exhibitions including London’s “Life Is Elsewhere (2011),” Madrid’s “Journey to the Centre of My Mind (2013),” Stockholm’s “Lounge (2016),” and Los Angeles’ “Over The Rainbow (2016)”

As Jwan began climbing the ladder of the art world, he gained an entire fandom on Instagram because of his “plastic arts.” As of October 2019, he had over 612k+ Instagram followers.

An online report places Jwan’s net worth at around $500k.

An openly gay man, Jwan Yosef began his relationship with Ricky Martin in 2016. The Puerto Rican singer would eventually become his husband.

The lovebirds first came in contact via Instagram. Impressed by his work, Ricky DM-ed Jwan to discuss arts-related matters. Over time, they began seeing each other in a romantic light.

After commencing dating in 2015, Jwan and then-boyfriend Ricky made their red carpet debut at the 2016 amFar Inspiration Gala. Later that year, the openly gay couple got engaged. 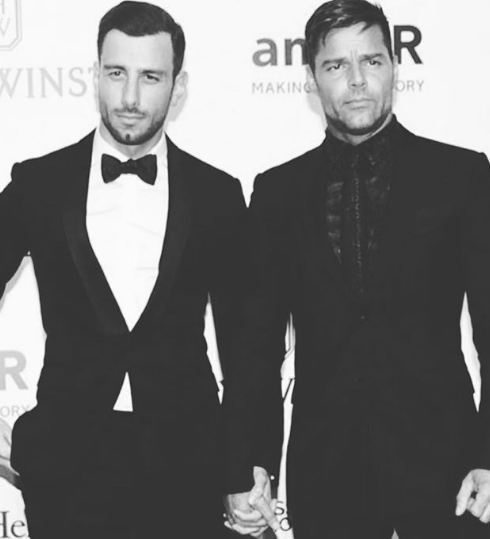 A year into their lives as engaged pair, Jwan Yosef and Ricky Martin got married in a low-key wedding ceremony.

Speaking exclusively to E! News afterward, the beloved singer shared that he and his artist husband had signed prenups.

By December 2018, Jwan and beau Ricky were parents to three kids: twin boys Valentino & Matteo and daughter Lucia Martin-Yosef. All three had arrived via surrogacy.

In September 2019, the openly gay married duo announced that they were expecting their fourth child. A month later, they welcomed a baby boy named Rem Martin-Yosef.