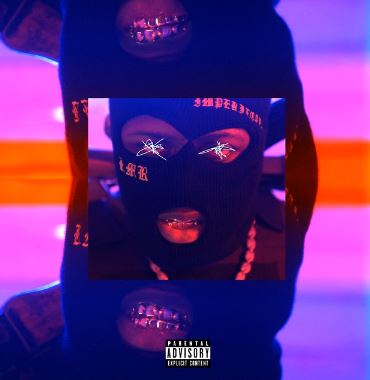 On 25th February 2020, YouTube channel “SCALEZ TV” dropped the music video for the ridiculously catchy and inventive song titled “RASCAL.” Whoever uploaded it placed the phrase “piano trap,” on the description box and rightfully so.

The video featured a group of Black Men — some barechested and the others bulletproof-clad — totting firearms at the camera. The person who lip-synched also donned a ski mask.

In the days leading up to its premiere, “RASCALS” was slowly beginning to garner the status of a viral single among the masses.

Sung over laidback piano keys in an almost “Country”-like cadence, “Rascals” bore all the qualities of a rap music purist’s worst nightmare.

The song title itself seemed like a clever homage to Country rock behemoth “Rascal Flatts” — a Columbus, Ohio-based band best known for heartbreak anthems “What Hurts The Most” and “Bless The Broken Road.” RMR’s 2020 smash single drew its liquid melody from the latter record.

At best, “RASCAL” sounded like a witty flip. At worst, it possibly gave birth to a trend that could rule charts for months to come.

Given the use of the so-called Country Twang on the sprawling single, immediately everyone began comparing it to Lil Nas X’s chart-topping Country crossover hit “Old Town Road.”

As usual, the whole of the internet was divided over it. The disagreement extended beyond the “good or bad”

At the same time, users across all social media platforms were beginning to predict the storm that RMR’s breakthrough single was destined to see in the coming days.

However, none comment felt more true than the one made by a person named Diamond Foxes who wrote,

Torn between whether this is suppose to be a joke song, or if they just created a new genre? 😲

Twitterati Apex Da Star Killa couldn’t believe how hard the song was. Whatever Cuh, on the other hand, noted how well it ended.

The rebellious content of “Rascal” made the song what it was — a potential dope boy anthem for generations.

The verse 1 of “RASCAL” saw RMR crooned a dystopian past, highlighting the setbacks in the words “I’ve been hurt and fucked up too many years ago”.

In the pre-chorus, RMR sang about becoming acquainted with a generous plug. Business seemed blooming; so did the naysayers.

By the time the main chorus hit, RMR began reflecting on his success. Soon enough, he would subject vengeance against the doubters. If there ever arose a better path, he promised to quit the one that he was currently on. He did work the system, so could everyone.

An ideal dope boy is nothing without a shot against the authorities and the powers that be. In keeping with the statement, RMR ended the post-chorus slow singing “f**k 12 f***12”.

The second half of “RASCAL” echoed the same sentiments as the first, with several tweaks in Verse 2.

RMR created his Twitter in October 2019. About a month later, he posted his very tweet by uploading a photo of a ski mask. The very mask would feature on the cover art of the song “RASCAL.”

A confident RMR popped back up on 15th February 2020 as he sent out a tweet that read,

“They’ll tell stories about how I was sitting in their living rooms.”

True to his prediction, everyone from the podcasters “Itsthereal” to online outlets “Fader” and “Complex” were tweeting about being obsessed with the sound of RMR.

At the penning of this article, the mystery figure that was RMR had tweeted a mere 12 times. Here’s the profile build with the very tweets.