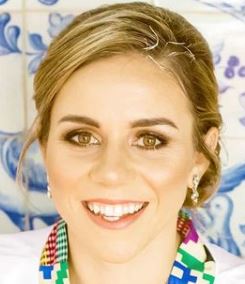 You might love pets but you don’t love them as much as Colleen Wilson and Melissa May Curtis. We bet you that you don’t. If you don’t believe us, read the article below and be convinced.

Colleen Wilson is a pet talent agent, who will soon appear on Netflix‘s upcoming reality series Pet Stars. Read more about her below.

Moreover, thanks to her 17th of June birthday, her zodiac sign was Gemini.

Colleen Wilson was born to parents David Wilson and Cathy Wilson. There was much information about her parents, except for the fact that she considered both her father and mother and best father and best mother (respectively) in the world.

Yes, Colleen has a younger brother named Eric in the family. According to one of Colleen’s birthday wish posts, Eric turned 25 years of age on 22 May 2015. That meant, he was 30 years of age by now.

Colleen Wilson is a woman of average height, standing at 5 ft 6 inches. And she weighed about 48 kgs circa 2021.

Before quitting her job and becoming a pet talent manager, Colleen worked as a private mortgage banker for Wells Fargo. Her formal education was also in business. She had a BSA degree from Bryant University.

Colleen also studied BBA at the University of New South Wales in a study abroad program. During college, she worked as a marketing intern for Ingram Senior Center. And soon after college, she started to work as a credit manager for Wells Fargo.

She later became Home Mortgage Consultant and finally a Private Mortgage Banker for the same company. Colleen worked for Wells Fargo for over 7 years until 2017.

A few years before, Colleen had founded and been the CEO of a company called Dogs on Q. In 2017, she left her job in Wells Fargo and founded the company called Pets on Q with her friend Melissa May Curtis.

Pets on Q is a dream project for Colleen and her partner and best friend Melissa, but it did not just bring them self-satisfaction but also money and fame.

Pet on Q is a pet talent management company, which audition and scouts pets for different programs like World’s Ugliest Dog Contest, as well as for Hollywood roles.

And recently, Pet on Q was picked up by Netflix for a reality show called Pet Stars. Pet Stars follows Colleen and Melissa through the thick and thin of their daily experiences in their business as pet talent managers.

Colleen is married to Peter Tichaona Kadada, who is a business manager working for Auto Oasis in California.

Peter was born and raised in Harare, Zimbabwe. We do not know about Peter’s family, except that he had a sister called Nonhlanhla Hlazo. Hlazo is an app developer as well as a law blogger. In 2021, she was doing her Ph.D. in Law

Colleen met her husband in 2017 and they dated for a few years. They eventually tied the knot in October 2019, right before the COVID outbreak. They had their wedding in South Africa. The details of the wedding were deleted from the wedding website and registry. 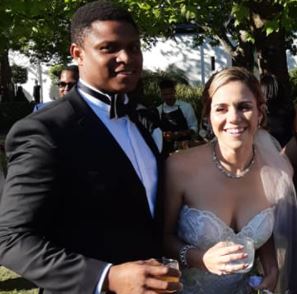 Colleen with her husband Peter during their wedding day circa 2019 (PC: Peter’s family member’s Facebook)

After the wedding, Colleen and her husband moved to the US. And currently, they were living in West Hollywood, California. Colleen had previously moved to LA in 2016.