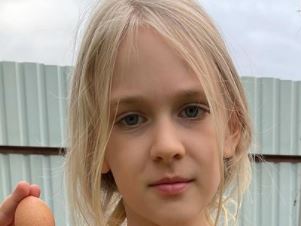 So, who is this brave young girl standing with the “gender-affirming medical care” approvers? Get to know her more through this Kai Shappley Wikipedia.

Kai Shappley is openly transgender, and liked to use the pronouns “her/she”. Her journey about being transgender in a religious community was also captured in a documentary titled Trans In America: Texas Strong in 2018. The documentary later went on to win the Outstanding Short Documentary award at the News and Documentary Emmy Awards.

According to Kai’s mother, Kai would often pull T-shirts down around her waist to make them into skirts, and also tie long-sleeved shirts around her head and pretend like it was long hair. Finally, at the age of 3, Kai began to verbalize that she was a girl.

But even after President Obama’s executive order that allowed children to use the bathroom based on their identified gender, Kai was forced to use the boy’s restroom in school.

“I do not like spending my free time asking adults to make good choices. God made me. God loves me for who I am, and God does not make mistakes.”

As per her birthday, Kai is of the Capricorn zodiac.

A nurse by profession, Kai Shappley’s mother Kimberly Shappley is an activist fighting alongside her daughter against the transphobic bills. In 2017, she also spoke against the “bathroom bill,” which would have required transgender people to use restrooms based on “biological sex.”

After first knowing that her daughter was different, and family members repeatedly asking if Kai was “gay”, Kimberly was stuck between guilt and confusion, and constantly struggled to find a solution. Then, she stumbled across Leelah Alcorn’s story online. Inspired by it, the devout-Christian-raised Kimberly finally let Kai transition as she turned 4.

No wonder, Kai claimed that Kimberly was “a great mom and a great nurse”.

As of 2021, Kimberly was 50 years of age and was working as a registered nurse at Texas Health Action. So, the “gender-affirming medical” was a threat to her nursing license as well. Before that, Kimberly was a school nurse at Del Valle Independent School District and a faith outreach coordinator at Equality Texas.

As the “Kai Shappley being transgender and speaking against the transphobic” thing blew up, it was only natural for people to wonder where had the father been all this time. Some even claimed that if her father was in the picture, it was unlikely that the circumstances would have ever occurred.

Does Kai Shappley Have Siblings?

Yes, Kai Shappley has six siblings — 5 brothers and a sister. She has two older brothers, and a 2-year-younger brother named Kaleb. The Other two might be from her father’s side.

Yes, Kai was on Instagram and Twitter @KaiShappley with 7.4K and 2.6K followers respectively as of April 2021.

Also, find her on Facebook @Kai Shappley with 2.6K followers.

Unfortunately, she wasn’t found on TikTok then.

Kai Shappley was either a 3rd grader or a 4th grader as of  2021. She joined a Pearland public school for kindergarten but only lasted two years there. So, knowing that “it was too much for her”, Kai’s mother moved her family to Austin from Pearland in early March 2018 for further education.

Unlike most other kids, Kai lived “science and math”. Her Twitter bio wrote that she was the “future president”.

As for her acting credits, Kai appeared as “Bailey Delvecchio” in The Baby-Sitters Club (2020), as herself in Trans In America: Texas Strong (2018), 1946: The mistranslation that shifted culture, and Kai Shappley: A Trans Girl Growing Up.