Charles Potthast Wiki: Net Worth, Age, Is He Still Married? 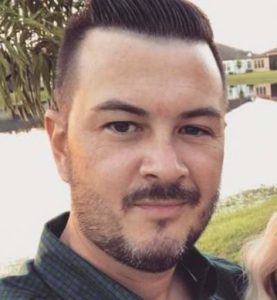 The fifth renewal of the 90 Day Fiancé (that premiered in July 2021) featured a few couples that included Elizabeth Potthast and Andrei Castravet. Since then, all of Elizabeth’s family members also became household names among the TLC viewers as they kept causing drama one after the other.

The writing below covers the net worth, age, married life-related stories, and more about Elizabeth’s brother Charles Potthast who is back on the show with the never-ending war with brother-in-law Andrei Castravet (Elizabeth’s husband).

Find out more in this Charles Potthast Wiki.

Charles Potthast, a.k.a Charlie Potthast, celebrates his birthday every year on October 18th. So, in 2020, he reached the age of 29.

His Father Chuck has made a good impression among the TLC audience as a doting father and grandfather. He worked in the real estate business and owned a company called CDC Capital Investments LLC in Florida. From the family business, Chuck was said to have made more than $600 thousand net worth. Other than that, the patriarch also owned properties around Tampa, Florida area. Also, there were words of him collecting $240 thousand every year.

All these seemed to have provided for Elizabeth’s controversial, extravagant, and whole lavish wedding from back in Sep. 2020.

But then, talking about the ill fame he found himself in, Chuck, lately, faced some accusations of rental scams. In 2009, he was also arrested for unpaid child support.

Then, there is Charles’s mother separated from Chuck quite early in life. She remarried and set a new family scene, but continued to be around Ptthast family and even developed a friendly equation with the ex-husband.

As per Reality Tit-Bits, they had seven kids in total, including Charles.

For now, we know, Charles’s sisters are Elizabeth, Becky, and Jenn Potthast, and he has a brother named Michael Potthast. While two other siblings remained anonymous.

Until Aug. 3, 2021, Charles Potthast had 8,341 followers on his Instagram @charliepotthast.

Charles Potthast Job: What Does He Do For A Living?

Charles Potthast assists his father on their family business, CMP Capital Investments LLC. While the current status of the business remained inactive on its online portal, Charles is mentioned as its registered agent. It was also reported Charles and Meganas its manager working in the management team.

So, basically, Charles is a real estate agent and manager of his dad’s family business.

90 Day Fiance: Happily Ever After? also showed its fans some disputes inside the company when Charles’s father planned to include his son-in-law Andrei Castravet in the company. Charles was not happy with this and when his father tasked him with showing Andrei around the business.

(Both Charles and Andrei are noted for their brash attitudes and arrogant demeanor. Even before the viewers have watched the two men clash during Andrei’s wedding to Elizabeth.)

Thus as Andrei was developing relationships with Chuck as they planned to work together, Charles believed Andrei, all of these actions, were for the loan. Thus, he continued to warn the brother-in-law about firing him.

About his education, all we know is he went to Wharton High School.

Then, this LinkedIn, possibly of him, i.e. of Charles Potthast from Tampa, Florida, also introduced him as a statistician at Number One Sports.

Charles Potthast had nearly an estimated $700 thousand net worth as of Aug 2021. The number is clearly higher than even his father who happens to be the boss of the company Charles works in.

At the time of this writing, i.e. on the 3rd of Aug, 2021, we saw Charles Potthast proudly write he is the husband to Megan Potthast and father of four kids (on his IG introduction).

Then, Megan too on her IG @megpotthast (with 12.9K followers) went by “wife to Charles and mom of four.”

Megan, lately, took to her IG to also write that it took her eleven years and four kids to realize that when she wants her kids to clean up or give her something she will have to put on a soothing song and put her “freaking” hand out. The video she shared aside showed her two young ones handing her their toys as she puts her hand out.

So, Charles and Megan had been together for 21 years by July 2021. They dated for some years and got married only on Nov. 27, 2013, in a beautiful setting, surrounded by friends and family, at St. Thomas, U.S. Virgin Islands.

They seem super loved up on their Instagram sharings. At one time, Megan revealed Charles, in fact, is her high school “sweetie”, and her BFF’s brother, and “the man that can just look at me and make me pregnant.” 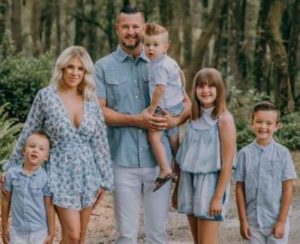 Their #1 and only daughter Charlize turned eleven on July 19, 2021. And, on the same day, their little Charles also graduated Voluntary Prekindergarten.

Both Charles and Megan are proud of their daughter Charlize’s growth as a dancer. Charlize learned her steps with Tampa’s favorite Dance Studio Tampa.

Then, on Jan. 4th, 2021, the family celebrated their newest member and youngest son Josiah Michael Potthast’s second birthday. At the time, the proud mom, again took to her social media to describe the complications during pregnancy when with Josiah, her sweetest, toughest, little miracle. The baby was born at 36 weeks and 5 days and was 7lb 11oz at the time of his birth.

Other than being a mother and a wife, Megan is a blogger and an agency director at Barbizon USA (as per her LinkedIn). You may also find her on OnlyFans @megpotthast where she charged $14.99 for each monthly subscription and a discounted $33.73 for any 3 months subscription.

On both her online platforms, IG and OnlyFans, Megan used  90 Day Fiancé and 90 Day Fiancé: Happily Ever After? hashtags to boost the traffic for her posts.

2 Replies to “Charles Potthast Wiki: Net Worth, Age, Is He Still Married?”