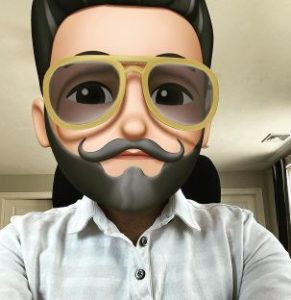 The Real Indian Dad (TRID) and Sheena Melwani went viral on multiple social media platforms for their humorous skits. But, even though their videos have been watched over 200 million times, none one for sure knows what TRID looked like actually. However, we unearthed some details related to his identity.

So, scroll down this The Real Indian Dad Wiki to learn more about him.

Has The Real Indian Dad Shown His Real Face?

No, the Real Indian Dad hasn’t shown his face as of Aug 2021. However, they promised to make the face reveal once their YouTube channel hit 1 million subscribers. The link to their channel has been given below.

As of Aug 2021, the channel is almost halfway to their target 1 million subs so the revelation is not that far. Since they have caught on to the hint that fans have discovered who Sheena Melwani’s husband is, they might even do the early reveal since it wouldn’t be a secret anymore.

Even though The Real Indian Dad was yet to make the face reveal as of Aug 2021, Sheena Melwani confirmed that the voice who everyone assumed to be her father is actually the father of her two children, Dinesh Melwani. 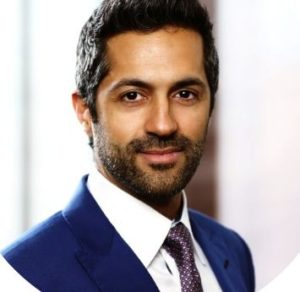 So, based on the information Sheena divulged, we’ve discovered Dinesh Melwani to be a resident of Boston, Massachusetts.

The Real Indian Dad Job: Is He A Lawyer?

Assuming that Dinesh Melwani is the man behind The Real Indian Dad emoji (TRID), he is actually a lawyer. Dinesh, the alleged TRID, attended McGill University in 2001. He studied law in the university and graduated with a law degree in 2004.

A year after graduation. The Real Indian Dad enrolled at Bingham McCutchen LLP in September of 2005. He pursued a career as an attorney for the limited liability partnership for a little above nine-year and three months.

Leaving his job at Bingham McCutchen LLP,  TRID joined Morgan, Lewis, & Bockius LLP. He started his job there in December 2014. He worked for the partnership firm for three years and three months quitting his job in February of 2018.

Immediately after, Dinesh AKA The Real Indian Dad started his job at Mintz Levin. As of early August 2021, he has been working in the same law firm as a member.

Dinesh is a transactional attorney who advises clients within the US and outside of it. M&A transactions, strategic investments, entity formation, and angel/seed/venture capital financing; mergers and acquisition.

On top of that, Dinesh is also a guest lecturer at MIT Sloan Management, The Broad Institute, MassChallenge, and The Capital Network.

The Real Indian Dad AKA Dinesh Melwani must be a first-generation Indian-American born to his Indian immigrant parents. While TRID makes fun of Sheena Melwani in an Indian Accent, we believe which sounds a bit made up, we believe he has an American accent.

We assume both his accent and his face reveal might happen at the same time.

Dinesh Melwani, who hasn’t revealed himself, has shared that he is very fluent in French, Sindhi, and Hindi languages too.

About The Real Indian Dad Filter

At first, only the Indian accent interjected from the background when singer Sheena Melwani sang songs. After the roasting gigs started going viral and fans wanted to know who was the voice behind, The Real Indian Dad presented himself with the filter or the giant cartoon bubblehead.

Sheena confirmed that all the comments which TRID makes are off the cuff and the reaction that she has is 100 percent authentic. Even in their first interview with CNN, Shena and TRID begged for anonymity.

Does He Sell Merch?

Yes, The Real Indian Dad sells merch. The product can be discovered on the online shopping website. They have released sweatshirts, hoodies, T-shirts, stickers, and several other merchandise. They made the hoodie with the bubblehead filter and with TRID’s repetitive phrase Rascal.

The merchandise price ranges from $2.99 to $44.99. They have also earned paid partnerships with TD Bank. She promoted Doube Up Credit Card which allowed customers to earn double rewards.

The Indian Real Indian Dad is on Instagram (@therealindiandad) with 500k followers with only 76 posts. He also has a TikTok account @therealindiandad where he flaunted 1.6 million followers. His TikTok earned him 7 million likes for his videos.

On YouTube, Sheena and TRID run the channel Sheena Melwani in a collaborative matter. The channel has 449k subscribers as of Aug 2021. According to Sheena, fans come to the channel for music but stays for the laughter. They have also created an Interrupted series on the show.

Basically for TRID and Sheena, what started as a pandemic thing craft ended up making them a public figure and online sensation.