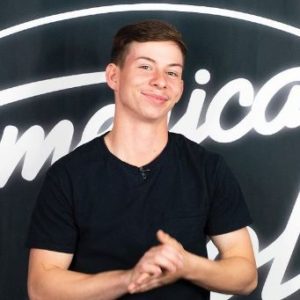 American Idol season 19 contestant Cecil Ray Baker was arrested after an attempt to break into his ex-girlfriend’s place. After she called 911 on him, he was arrested by the authority. Formerly, he was a contestant who stole Judges’ hearts with his cute story about his daughter and his family.

Delve into this Cecil Ray Baker wiki to learn more about the contestant and his stories.

After the arrest of Cecil Ray Baker, his ex-girlfriend Mariah Lopez might be breathing the air of comfort. As the affidavit retrieved by TMZ reported, the singer broke into his ex-girlfriend’s home after she allegedly refused to let her see her daughter which he believed is his.

Throughout Cecil’s journey in American Idol, he shared stories about his daughter which Mariah claimed was made up. One TikTok that Mariah posted in mid-April 2021, Mariah claimed that she did everything in her power to keep her family together.

Cecil’s ex-girlfriend further claimed she deserved better than what he offered while they were together. She also added a snap of scars on her forehead on the montage which was allegedly caused by the singer.

The TikTok also added a voice clip of the American Idol swearing at her. She further claimed the singer fooled everyone with his sob stories. But in fact, he cheated on her and the kid with another girl.

In another TikTok posted two days after the arrest, Mariah updated her TikTok followers about being happy and safe with her daughter. She further shared that Cecil’s parents knew of his behavior towards her but did nothing to stop him.

Mariah said that she had wanted to leave the relationship but he kept reeling her in. The TikTok contained multiple snaps that she endured from the abuse of Cecil. It also contained a mugshot of Cecil. He was charged with ‘Burglary of Habitation’ and was released on a $15,000 bond on the same day he was booked i.e 14 April 2021.

Based on the affidavit, Cecil Ray Baker is 20 years old as of this writing i.e. 4/20/2021. But, the precise date of his birth eludes public knowledge. This meant, his birthday and his zodiac sign remain a mystery.

When Ceci first came to American Idol, he created an image of himself as a loving dad. He also claimed that the daughter Emilia Jade that he and Mariah had wasn’t actually his. He pursued the dream of becoming a country musician.

Cecil continued singing cover songs which he posted on his Instagram. Moreover, he the Idol‘s judge had kept him in his high regards since the very beginning.

Who Is Cecil Ray Baker Brother?

Cecil Baker was born in his hometown of Cameron, Texas. We don’t have any information regarding Cecil’s parents. But, taking into consideration what Mariah said of Cecil’s family, his parents allegedly didn’t support the relationship between the two.

But, we stumbled across an individual with one Kaley Baker. Who tagged Cecil on her Instagram. It was highly likely that Kaley actually could be his sister.

During a duet round, Cecil mentioned having a brother. There he shared, “I’ve never really done a duet. I’ve [sung] with my brother, acapella, but never really an actual duet with someone.”

But, he never revealed details any further information related to his brother.

Not only Cecil is good-looking with a strong jawline to grab attention, but he also stands to a height of 5 feet 7 inches (1.70 meters).

Cecil created profiles on multiple social media platforms. His verified Instagram profile garnered 11.3k followers. He made a total of 33 posts on the platform. In the same way, his private Twitter account earned 655 followers.

The Texas-native is also on Facebook. He shared very little information on his account but his page gathered 3,486 followers. Furthermore, he is also on YouTube with 487 subscribers where he posted two cover videos in six months period.

Earning himself recognition as a season 19 contestant, Cecil Ray Baker auditioned in Ojai where he impressed judges with Talkin’ Tennessee by Morgan Wallen. All three judges together put him through the next round with a big “yes.”

In the Genre Challenge, he was in the Country category performing alongside Drake McCain, Caleb Kennedy, Mignon, Mason Picks, Cameron McGhar, and Alex Miller. Pushing himself through the next round, he made it to Top 64.

In the Showstoppers Round, Cecil sang Beyond by Leon Bridges. Then he made it to the Top 24. In the Top 24, Cecil sang Paint Me a Birmingham by Tracy Lawrence. He also song Freedom Was a Highway by Jimmie Allen & Brad Paisley in a duet with Allen.

Due to the shortage of votes, Cecil couldn’t make it to the Top 8.

Central Texas native shocked his family and friends when he auditioned at American Idol. His passion for music and dream to become a renowned country singer brought him to one of the biggest singing competition shows in the world.

Ever since he auditioned and wowed the judges at the Idol, his dreams started taking shape. As he further progressed to the next round, the dreams of his and his family seemed vivid.

Talking about his music, Cecil has a song titled Keystone Girl which he released on Amazon Music on 30 September 2020.