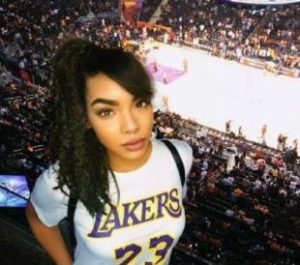 Vivian Flores went viral on 19th April 2021. First, the Lakers fandom prayed for her safety after she “went” missing. However, the second catfishing allegation surfaced, the entire Twitter turned on Vivian.

Continue reading and delve into the Vivian Flores Lakers Catfish drama. In doing so, find out if she is a man or a woman. Also, discover if she is on Instagram.

On 19th April 2021, podcaster Joshua Toussaint revealed Vivian was missing. His tweet read— “Hey Lakers family – Vivian Flores (@Butterfly_424) is missing – 5’5” – May or may not be wearing a wig bc she’s going through leukemia treatment – From Santa Monica – DM me if you have a lead or may see her – Love you all and stay safe.”

Later, Joshua confirmed Vivian was found. According to him, someone claiming to be Vivian’s sister told him that she was missing.

Shortly after the missing and found debacle, a Twitter user named @ItsKingsBruh revealed he was “online dating” Vivian Flores.

During a Twitter Spaces session, @ItsKingsBruh (real name Kingsley) shared he broke up with Vivian after suspecting her of being a catfish. He then claimed Vivian didn’t want to FaceTime because she told him she was insecure about her facial scars.

Unsurprisingly, @ItsKingsBruh became a butt of the joke on Twitter.

Internet sleuths also ran through Vivian’s Twitter and discovered badly photoshopped photos. One of the tweets highlighting Vivian’s photoshopping herself hooping overseas went viral. As of 20th April 2021, it had accumulated over 700 retweets.

Is The “Lakers Catfish” Vivian Flores A Man Or A Woman?

Well, we don’t know. However, it didn’t stop the Twitter users from assuming Joshua Toussaint was the real Vivian Flores.

Responding to the catfishing allegation, Vivian tweeted— “Y’all be on here, hearing the side of the story of one guy and then automatically assume he is right about everything. I have people on here that can verify who I am. I don’t need to prove anything to anyone. As for me going missing, yes it happened. I passed out from my treatment.”

Additionally, she wrote— “Now let’s talk about people assuming that @josh2saint runs this account, are y’all that stupid to think a guy gonna talk like a girl on a podcast. Come on, now.”

For his part, Joshua claimed Vivian had duped him. In his own words— “Still haven’t gotten a goddamn explanation. Thought I trusted someone and learned my lesson. Tried to help a friend I thought was in peril. I was duped like yall and feel bad I was a pawn. Such garbage. Logging off for a while. Stay safe out there. You never know.”

Joshua then told Waleed that he had proof that Vivian was a fake person. Furthermore, he shared they never engaged in video calls while recording their podcast.

Nobody believed Joshua’s claims until DJ Chumzilla alleged Vivian tried to catfish him 11 years ago. For context, if Joshua was really Vivian, he would’ve been in middle school in 2010.

DJ Chumzilla explained— “It’s a big catfish account I went along with 11 years ago to see how far it would go and to expose them. They originally impersonated model Roberta Little under the name Joanne Peters. I contacted her agencies a few times but heard nothing back.”

He added— “At the time Twitter didn’t have any solid rules about this type of thing so the only thing that happened was the account went on the impersonate other people. I was able to track two of the emails to a man outside of the US but I can’t who or where.”

Even with the revelations made by DJ Chumzilla, some Twitter users still didn’t believe Joshua. They pointed the two profiles used the same emojis/punctuations.

Mike Vigil analyzed Vivian’s voice and noted it sounded like an Australian guy — a full 360 from her persona as a young woman living in LA.

Who Is Vivian Flores?

She operated the Twitter profile @Butterfly_424. On the platform, she had around 16 thousand followers.

A prominent figure of the LA Lakers Twitter community, Vivian wrote and tweeted for Laker Fanatics. What’s more, she co-hosted the podcast called The Lakers Point Podcast with Joshua.

Before jumping the Los Angeles Lakers bandwagon, Vivian ran by the name Kelly and rooted for the Las Vegas Raiders.

Twitter users also found out that Vivian had used Sharon Alexie’s photos to catfish the Lakers Twitter community. Sharon, if you don’t know, is a famous model.

Instagram has several accounts belonging to the name Vivian Flores. However, none seems to be the Lakers Catfish.

Meanwhile, there is an IG handle with the username @butterfly_424. Sadly, whoever operated the account kept it private.