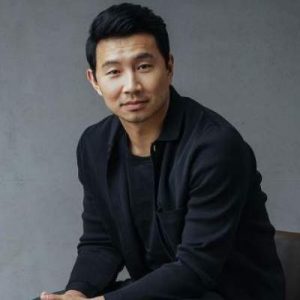 Ready for Marvel’s very first film with an Asian protagonist?

Releasing on Sept. 3, 2021, is Shang-Chi and the Legend of the Ten Rings starring Simu Liu in the role of the main hero.

Simu Liu Parents, Is He Korean?

Born In Harbin, Heilongjiang, China, Simu Liu is of Chinese descent. He is not Korean. Instead, he identifies as a Chinese-Canadian dividing his time between Los Angeles, California, and Toronto, Ontario.

Already a multi-hyphenate model, filmmaker, and actor he is waiting to release a memoir about his life in 2021. As promised, his collaboration with Harper Collins would be about the story of his whole family and the struggles they faced coming to Canada.

Simu has already been open about his complicated feelings towards his parents. In an open letter addressed to them, he recalled the tension that loomed in their relationship during his childhood and teen years. He writes how he wished his relationship with his parents was better.

His parents, leaving young Simu with his grandparents had moved Canada to pursue graduate studies at Queen’s University in Ontario. So, Simu considered his grandma and grandpa as his real parents and felt like his dad and mom regarded him as a defective product.

Simu was raised by his grandparents until the time he was five when he moved to Canada to join his parents.

Simu, who briefly appeared in an episode of Fresh Off the Boat, in fact, said a lot, everything from strict upbringing, on running away from in 2005, and on having suicidal thoughts. Basically, he sighted the pressure from his folks to get high grades, cultural disparities, and a lack of communication to have caused all that. 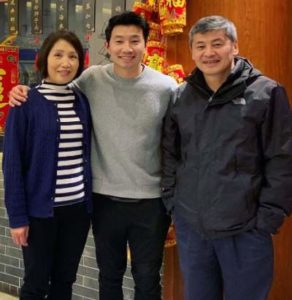 Be that as it may, he said he now sees the only thing his parents wanted was for him to succeed.

“You made me into everything I am today—hardworking, ambitious, resilient—and I wouldn’t trade that for anything,” Simu wrote for Macleans back in 2017.

Simu Liu is known to his audience as a Canadian Screen Award-nominated actor, writer, and stunt performer and as the ‘Jung Kim’ on Kim’s Convenience. By now (before April 2021), he has collected over $2.5 million net worth.

After the first look at Simu performing the gravity-defying martial arts on Marvel trailer, you might be wondering about his skills as such in real life. So, let us tell you, that Simu who plays Shang-Chi ‘Master of Kung-Fu’ is reportedly trained in martial arts. He is also known to be athletic with skills in volleyball, gymnastic, and basketball. And, of course, he is a fan of Jackie Chan, the one and only inventor of the comedic kung fu genre.

Lately, Simu notably joked how he did more stunts than the other Marvel Cinematic Universe (MCU)’s actors.

A certain Reddit thread claimed that Simu Liu kept making posts that suggested he is gay. But the declaration certainly did not carry meaningful weight to it.

Simu Liu did not yet have a wife, at the time of this writing.

Even so, word has it, Simu has been dating South Korean-born Canadian actress Tina Jung for a long time.

But then, it’s also been assumed that Simu Liu and his alleged girlfriend, Tina Jung are no longer together. Seen together on online platforms in the past, there has been no exchange on socials as of 2018.

The last time, we saw them intact was on July 5, 2017, when they were being “tourists” at the top of the rock. 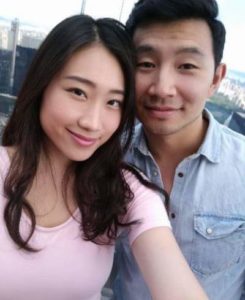 Like Simu, Tina starred in the CBS television sitcom Kim’s Convenience. Together, they also co-starred in the short film Meeting Mommy. Tina had also co-written and co-produced the project which was later screened in notable film festivals like Reelworld Film Festival and Reel Asian Film.

With both parents being actors, Tina was inspired to become one herself for as long as she could remember. This way, she graduated with a BFA from the Acting Conservatory at York University.