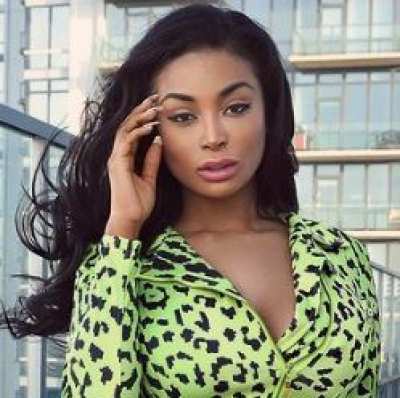 Here in the wiki-writing, we are talking about Salomé who was seen grieving her beloved sister in the S03E01.

Salomé Jackson, a.k.a Betty Idol, had a sister named Giselle Rengifo. The 17-year-old was shot to death at a party in Miami’s Little Havana neighborhood on May 18, 2021.

Reportedly, the police had identified the shooter as the 18-year-old Michael McGowan. Police alleged he shot Giselle in the head. Then, the Miami Fire Rescue personnel had found her badly injured at a four-bedroom home the same day she died. And Michael was arrested the next day. Two weeks later he was released and permitted to await his trial under house arrest.

While Michael claims the shooting was accidental, Salomé and her family believe it was intentional. And so on Cartel Crew, they along with Cartel Crew co-stars were calling for justice in her killing. “Justice for Gigi” had become a rallying cry for family and loved ones. As a result, a Change.org petition had gained nearly 40,000 signatures before the June 7-episode aired.

Salomé Jackson used to call it crazy that she and her late sister had the same birthday i.e. June 16th. Both were Gemini.

Anyway, the grief-stricken elder sister, who got a tattoo in memory of her little one, reached the age of 31 in 2020.

As revealed through her story on Cartel Crew, Salomé Jackson’s dad had connections with cartels in Miami, Florida. And so this involvement with the criminal organization, with intention of supplying drug trafficking operations, Salomé’s dad went to jail. Until July 2018, when Salomé had an “amazing visitation” with her father, he was still not released. Happy to see her dad, she had then tweeted this on her Twitter:

“I can’t wait for him to come home. When that day comes I’ma throw parties for him everyday with all his favorite foods. I miss him so much. Always and forever will be #DaddysGirl #FreeMyDad 🙏”

So, growing up in a family that had previous connections to cartels, young Salomé endured a chaotic childhood. She recalled being held at gunpoint, her home being raided by cops, and living on the run between Texas and New York through her school years. Besides, she shared even her mom was tough on her growing up. But this was only because her mom always wanted her to reach for the stars.

Originally from Houston, Texas, Salomé Jackson is of Colombian and African-American ethnicity. Her dad is Columbian and her mom is Black (and not El Salvadoran).

Salomé Jackson is yet to respond to plastic surgery rumors. So far, she neither affirmed nor shut down the speculations.

She joined Cartel Crew in 2019 in a supporting role, continued that way until the second season, and was promoted in a starring role on third.

Previously, she joined the supporting cast in season five of Love & Hip Hop: Atlanta. She was introduced as D. Smith’s best friend and confidante. Salomé did not return to the show after the season’s reunion special.

Besides her TV career, also is an up-and-coming singer and artist. She is mostly known for singing the hook on Rick Ross’s single “Thug Cry”. You may stream more of her on Soundcloud and Spotify.

Salomé gets a lot of transgender comments, especially on online platforms. Maybe her best friend D. Smith being one has led people to assume she is transgender too. Back in 2016, she addressed haters and transgender comments with DJ Smallz Eyes 2 on YouTube and shared, she does not take offense to, being called a transgender.

When it comes to dating and relationships, Salomé Jackson has a few rules she lives by.

During prior mentioned interview with DJ Smallz, she explained she is strictly into guys. She does not date guys from the same industry. She is more attracted to personality and someone with a good sense of humor. Likes men who are clean and not messy like one of her ex-boyfriend.

Salomé went describing— she is more into long-term relationships, was once engaged but got cheated by her fiance with “some scallywag”. So, they split was for some time she was scared of dating but again she fell in love. Her next boyfriend’s mother did not like her and think of her as a gold digger. Soon, more differences came up. The athlete-boyfriend was not supportive of her musical career and eventually, things just did not work out.

Wanting to prove that Salomé is not completely into guy’s money she explained how some man from New York proposed to her on his boat but she declined him.

In the process, Salomé also corrected the interviewer that she was not “hunting” for a husband but “if God brings me, my husband I’ll be so happy, oh I’ll be so happy. I just I’m not like a big dater…”.

Not to miss, during Love & Hip Hop stint, she also pursued a romance with Lil Scrappy.