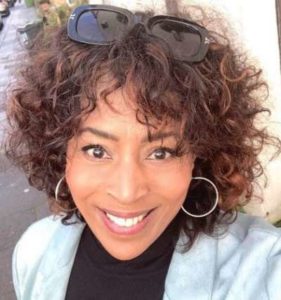 Early in 2021, Jacqui Joseph took on a new role as presenter on the popular BBC One series Homes Under The Hammer.

Homes Under the Hammer is one of the most-loved renovation programs running since 2003. The series opted in for a change at the start of 2021 by having not three but five hosts.

So, in the writing below find out everything there is to, about Jacqui who would be joining the likes of regular hosts Martin Roberts, Dion Dublin, and Martel Maxwell.

About her birthday, because she was born on Jan. 26, in a certain year, her zodiac sign is Aquarius.

On her website, Jacqui briefly mentioned her educational background i.e. she studied Fashion Design. Although even her LinkedIn page failed to give away further info on it.

Born into Jamaican roots, Jacqui Joseph also comes from a family of decorators and design experts. Her father was a decorator and plasterer, while her mother was a seamstress who made their clothes for special occasions.

“I didn’t know it then, but they were my inspiration and influence. My mother taught me how to sew and my father how to do everything from wallpapering to tiling and painting and everything in between!”

More to her family are her look-alike sisters— Arabella Spinola, Joycelyn Cupid-Phillips, Glenda Clarke, and Corona Joseph. Also, Jacqui has a brother named Paterson Joseph who is a well-known actor. Born and raised in London, he is known for his work on Æon Flux, The Beach, and Neverwhere.

With almost 3k people following Jacqui on each of her accounts on Instagram and Facebook, she had a further 13.6K followers on Twitter. No doubt these numbers were set to rocket now that she is a regular presenter on Homes Under the Hammer.

Naturally, her hair appeared like a modern-day perm. Generally, she carried a beautiful smile, regular make-up, accessorized by earrings, and a necklace.

London dwelling Jacqui Joseph introduced herself as a TV presenter/producer and Interior Stylist, on her Twitter profile. She said she has been forever drawn to interior design and interior craft.

Indeed, as a presenter and producer, she worked on many popular daytime shows in the past. Some may even remember her from BBC One’s Money For Nothing series.

And now with her venture on another BBC One project, she and another new-joining Tommy Walsh, known for presenting gardening show Ground Force, will be sharing their individual innovative experiences with the existing team.

Since sometime in 2018, she worked in collaboration with QVC UK. Short for “Quality Value Convenience”, it is a free-to-air television network, and flagship shopping channel specializing in televised home shopping that is owned by Qurate Retail Group. Oftentimes, Jacqui’s social media sharing is a display of leather handbags, cross body, purses, and more including must-have MENS hold-all, iPad covers, and wallets from QVC.

This way, Jacqui Joseph had saved over $700 thousand net worth.

In a previous Twitter post, Jacqui Joseph revealed her husband Andrew passed away on 2018’s New Year’s Day after an eight-month cancer battle.

After a few weeks, still mourning her husband, she said explained to her social media family beginning with the, “It’s hard to make what I’m about to say short but I’ll try…”.

She then continued, Andrew was diagnosed with Cancer of the esophagus in April 2017 following many tests, biopsies, scans, X-Rays and not being able to eat properly, he had a feeding tube fitted followed by 3 cycles of chemo.

Jacqui stressed Andrew was strong and fit and the chemo worked well so the long 9-hour operation to remove the tumor was set for September the next year. But, on the surgery day, surgeons found out that dreaded cancer had spread to his liver, in a bad way.

“My husband was so brave never complained, faced it head on and just got on with it, of course he had some bad days….to be expected! He was my brave brave, dignified soldier and even worked for his business right through the worst of the illness.”

So, at the age of 54, he passed away “very peacefully” at home. For “Andrew’s Day” Jacqui and the family held a ritual at the church in Kensington where they were married over 14 years ago. And instead of floral tributes, they asked for donations for Macmillan Cancer Support, Pembridge Hospice Home Services, and the District nurses of Brent.

Andrew was survived by his wife Jacqui and their only kid, a daughter, Bianca Jade Joseph.

Time and again, Jacqui has hinted just how “very best” her daughter is. 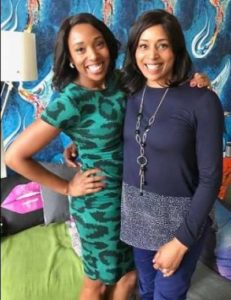