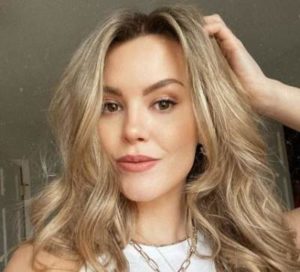 Looking for a “man who will take her as the open book that she is—the good, the bad and the ugly”, Anna Redman participated in Matt James season of The Bachelor. Little did she know she would be eliminated on the Feb. 1, 2021, episode of the show.

But before leaving the show, she did cause some drama making a strong accusation against Brittany Galvin, her co-contestant on the show.

Anna was born in Minnesota, grew up in Willowbrook, and always dreamed of living in the big city, which is probably why she and her family relocated to Chicago, Illinois.

When Anna Redman was still young, her parents Jerry and Michelle Redman gave her the nickname ‘Hollywood’ based on her affinity for chic scarves and oversized sunglasses.

For siblings, Anna has a younger sister Lily Redman and a brother with the name Jack Redman. While nothing was heard of Jack, Lily described herself as a cheese connoisseur and a 23-year-old Creighton University student.

Anna Redman stands 5′ 7″ in height and a lately listed weight of under 53 kg.

Besides, she is proud of her perfect white teeth and thanks to her sandy blond hair and warm brown eyes, she has been dubbed a doppelganger of season 15’s bachelorette Hannah Brown.

Anna Redman went to Hinsdale South High School where she used to be the captain of the school’s cheerleading team. Also, she graduated from Loyola University in Chicago sometime in May 2018.

Because she deleted her LinkedIn page, one could not explore more on her career. Be that as it may, she worked in advertising as a copywriter when she appeared on The Bachelor. Working in the field for more than three years, she experienced working with the brands Coca-Cola, Moen, Smart Water, Carls Jr., and Travelocity. Sometime before she also worked for Havas Chicago.

On her website, Anna mentioned a second job besides advertising and said hobbies are hard for someone who has student loans to pay. While her bio on ABC read: Anna “dreams of writing screenplays for Hallmark movies.”

Anyway, in the meantime, the “experience junkie” Anna Redman collected less than $200 thousand net worth.

Anna Redman notably dropped the “escort” scandal on the show claiming Brittany Galvin has been an “escort” and may have had “a transactional relationship with wealthy men.” Brittany denied the rumors, but the matter did not end there.

Instead, with the declaration, Anna fanned the flames of fury among her contemporaries. However, this did not end well for her and Victoria Larson, with whom Anna had first discussed the Brittany Galvin affair during Episode 4 on January 25. In the following episode, Matt James eliminated both Anna and Victoria from the show.

The so not anticipated move by Matt relieved many in the cast.

Matt bade goodbye to Anna, realizing she and Victoria were “persecuting” the rest of the cast unnecessarily. He explained,

“I owe it to these women to create a safe space for them, and that’s what I’m going to do”

Unlike Victoria, who did not leave the show quietly snapping at the camera and Matt, Anna confessed that she’d been “a shallow person in the worst moment ever”. In her own words,

“I feel so horrible. ‘I’m breaking out in a rash because I’m so sad.”

To this Matt also ended things on a positive note saying,

“Listen, you’re not a horrible person. But I have a responsibility to the women that are here, to Brittany, to myself, to follow my heart. And unfortunately, I can’t see you being part of that journey anymore.” 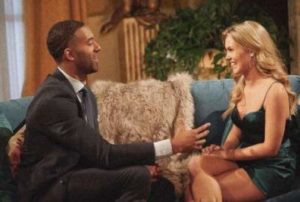 A glimpse of Anna Redman and Matt James on the 25th season of Bachelor (PIC: Anna’s IG)

This way, Anna’s journey on The Bachelor came to an end with Matt walking her to a waiting limo.

Ann Redman is looking to build a romance with a man who would accept her for the way she is, who would cherish her perfection and adjust to her flaws.

As mentioned on her ABC bio, Anna wants a man who wants to have a family just as much as she does, and who will have no problem being open and honest in communication. Most importantly, it said, she needs someone to match for her intellect but he should also want to keep life fun. Lastly, her dream guy must enjoy doing puzzles with her.