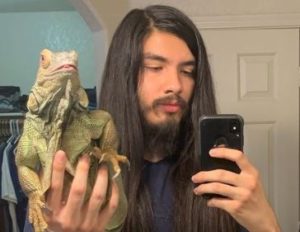 It has been almost two years since we last saw our favorite characters like Eleven, Dustin, Mike, Will, and others from Stranger Things on our TV screen.

Delayed mainly because of the COVID 19, we finally got to know that some of the cast members are out shooting Season 4 of the hit Netflix show. While we know that the main cast members will be returning in the new season of Stranger Things, we also have some knowledge on who will be newcomers to the show.

Mexican-American actor Eduardo Franco will be the new series regulars. Popular for his roles as Theo in Booksmart and Spencer Diaz in American Vandal, Eduardo will play the role of Argyle in the Netflix show.

Learn about Eduardo’s role in Stranger Things by reading the article below. Also, get insights into his age, net worth, and dating life.

His Role On Stranger Things

Eduardo Franco was first introduced as the cast member to the Stranger Things fans on November 20, 2020, through the show’s official social media handle along with some other actors.

Eduardo will play the character named Argyle in the fourth season of Stranger Things. Eduardo’s character is the best friend of Jonathan Byers (played by Charlie Heaton) and is a pizza delivery boy for Surfer Boy Pizza.

Compared to his best friend Jonathan’s character, Argyle is a stoner guy and has a deep chill philosophical vibe. Finn Wolfard, the American actor who plays the role of Mike Wheeler in the show, described Eduardo’s character as “brilliant.”

Eduardo’s birth date was not available officially. However, as per some reports, Eduardo Franco was born in the year 1995, which made him 25 years old in June 2021.

Reportedly, the American actor celebrates his birthday on the 11th of November every year.

Eduardo Franco was born in Yuma, Arizona, the United States, to Mexican parents. Therefore, his ethnicity is Mexican-American. However, he holds an American identity and citizenship.

Born to Mexican parents, Eduardo Franco grew up traveling back and forth between Mexico and the United States States through the border. Across the border in Mexico, her family included her parents and siblings. Another person that Eduardo always visited when he traveled to Mexico was his aunt.

Every time he visited her, she would cut Eduardo’s hair, eventually extending his visit.

“It’s such a drag. The thing is, going into Mexico is awesome. I mean, the food is fantastic and I got to hang out with my cousins. And going in is a breeze. But coming back into the US? It’s a fucking bitch. US Customs, I don’t know what the fuck their problem is. You sometimes wait in line one or two hours,” Eduardo told regarding his feelings about Mexico.

Eduardo was available only on Instagram. He also had a massive reach on the platform. He had 30 thousand followers by the end of the month in May.

As of June 20201, Eduardo was not available on Facebook.

It has not been long since Eduardo stepped into the acting world. His first acting role came in the TV show named Gamer’s Guide to Pretty Much Everything (2015-2017). Eduardo played the role of Stu in that TV show.

His next big role was in Adam Ruins Everything in which he played Gavis. In the TV show named American Vandal (2017), Eduardo played Spencer Diaz, the role which shot him into the spotlight.

Eduardo was also a part of the award-winning movie Booksmart (2010), in which he played Theo.

Some of Eduardo’s other acting credits include The Package, We Broke Up, Superintelligence, Those Who Can’t, among others.

One thing that happens as you become famous is that people start to question your sexuality. Since Eduardo Frans has shoulder-length hair, many people wonder if a trans woman. As far as we know, Eduardo is not transgender.

Eduardo Franco Partner: Is He Married Or Still Dating?

As of June 2021, we did not know much about Eduardo Franco’s dating life. Although his Wikipedia page said Eduardo has 2 children, it looked like the data was wrong as Wikipedia’s information can be modified by anyone.

The possibility of him being a married man was close to zero. The talented guy may have been dating someone, however, we didn’t know anything about his partner.

A couple of times, Eduardo did make some social media posts that looked like it was about his dating life.