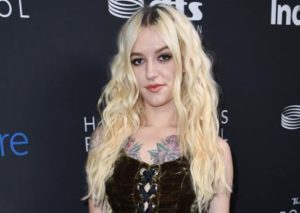 The story of how Bria Vinaite became an acting sensation is intriguing as it is inspirational.

Discovered by director extraordinaire Saun Baker, Bria sold marijuana-themed outerwear for a living on Instagram. Before “The Florida Project,” she had little to zero acting experience.

Portraying the role of single mother Halley, Bria gave a breathtaking performance on “The Florida Project.” For her raw showcase of acting talents, she earned rave reviews.

The success of “The Florida Project” catapulted Bria Vinaite to superstar status. Unable to cope with the glitz and glamour, she fell down the steeps of depression.

Two years after her blockbuster debut, Bria starred in three episodes of the series “The OA.” Also in 2019, she landed roles in two movies “Lost Transmissions” and “Balance, Not Symmetry.”

With her dedication to the craft of acting, Bria is likely to pick up more roles on TV shows. In turn, it should push her six-figure net worth to more height.

During her breakout year (2017), Bria was a hot commodity and – not to mention – single. So when paparazzi spotted her enjoying dinner in Toronto, dating rumors spread like a wildfire.

While professing delight with everyone labeling the “6 God” her boyfriend, Bria categorically denied a possible romantic situation between the two. 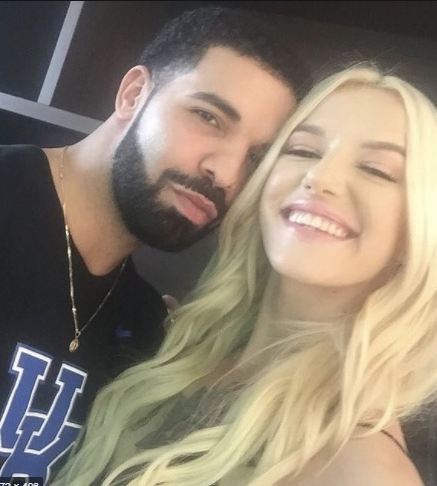 Bria Vinaite and Drake smile for a selfie (Pic – HipHopDX)

Interestingly. Bria starred in the music video for Drake’s 2018 smash hit “Nice For What.”

Born on 10th June 1993, Bria originally hails from Lithuania. Raised by her grandmother in the Baltic country until 6 years of age, she eventually relocated to New York, the USA with her biological mother.

With no grasp of English, Bria failed to make friends in school. She confined in books for companionship. By 14 years of age, she was already getting tattoos and uploading her images on Instagram.

Rebelling against her family’s wishes, Bria left home at 18 and never looked back. Earnings from her online clothing apparel “Chronic Flowers” kept her finances afloat.