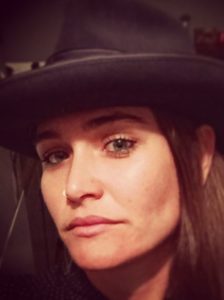 Bianca Butti made a headline when she coupled with Amber Heard into the 2020 Oscar’s red carpet.

Besides that, Bianca Butti was able to create a healthy amount of buzz on her name for the cinematography work that she put in Love & Hip Hop: Atlanta (2013). Writing and Directing the short film, The Proprietor (2013) added more luster to her career.

Welcome to the wiki penned in a bio-style and created around the career & life of Bianca Butti.

Bianca Butti turned 38 years of age in 2020. On 19th February every year, the famed cinematographer celebrates her birthday.

Interestingly, Bianca is often generous regarding sending out love to her parents on her Instagram. But she has remained mum on disclosing the name of both.

Antonia Butti is the known biological sibling of Bianca with whom she was close growing up. She rarely let go of the opportunity to appreciate her love and support throughout the years.

Getting into her educational background, Bianca Butti graduated with a Bachelor’s degree in Cinema from San Francisco State University. Her knowledge of painting and drawing was proven helpful for her art of creating visually compelling images with the use of light and framing.

Bianca — with her decade long career as a cinematographer — has created quite a resume. She was credited for her work in a short film BUNNi (2011).

Besides her career in filmmaking, Bianca founded a cinematography company named RED INK ON FILM, INC. in October 2017. As per her Linkedin, she handles all the internal operations of the company.

With Bianca being behind the camera for over a decade, she was estimated to have a net worth of about $500,000.

Bianca Butti’s diagnosis of breast cancer in 2015 created quite a tremor on her and her loved ones. She had gone through a series of chemo sessions and came out victorious.

But her rejoice short-lived after doctors gave her the news of the resurfacing of cancer on her right breast in March 2019. She broke the news two months later after the diagnosis by reaching out to her well-wisher through her Instagram account.

Bianca and her team started a fundraiser to help her survive the battle with cancer.

In July 2019, Bianca underwent surgery to freeze the tumor. She took her post-surgery updates to her Instagram with a caption that read,

On January 12 of 2020, Bianca Butti made a headline when she was spotted getting cozy with actress Amber Heard. The couple was spotted making out outside a hotel in Palm Springs, California. 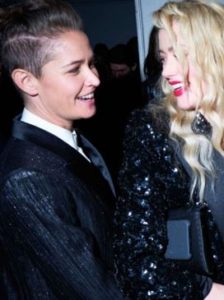 Bianca and rumored girlfriend Amber on the evening of Oscars 2020 (Pic: eonline.com)

Furthermore, they attended the 2020 Women’s March in Los Angeles on January 18 where Bianca was holding hands with her girlfriend Amber.

On 8 February 2020, the couple attended the pre-party of Oscars 2020 in Los Angeles. They spent the whole evening together accompanying each other. Amber introduced Bianca to her friends as her new girlfriend.

Bianca and romantic partner Amber’s next public sighting came on 4th March 2020. The duo shared a tender moment as they bought groceries in LA.

Before Aquaman actress’s lesbian-romance with Bianca, Amber had tied the knot with Johnny Depp. But the marriage ended in divorce in 2017.

Surprisingly enough, Amber had never openly spoken regarding her lesbian identity before Bianca.