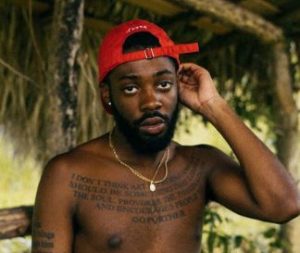 Dubbed as the hybrid between the Weeknd and Slim of “122,” Brent Faiyaz scored a big hit as a feature on Goldlink’s 2016 single “Crew.”

Long before his inclusion on the Grammy-nominated record “Crew,” Brent had created because of his 2016 self-released project “A.M. Paradox.” In October 2017, he and fellow Sonder members dropped an EP titled “Into.”

Read about Brent’s sexual preference, dating life, height, and net worth in the article below!

Brent Faiyaz was born in 1995 with the real name Christopher Brent Wood. Hailing from Columbia, MD, the “Too Fast” crooner celebrated his 24th birthday in 2019.

Growing up, Brent received unbridled moral support from his parents to follow his musical dreams. Encouraged by his family’s backing, he eventually moved from Maryland to LA in 2016.

Pertinent info about Brent’s childhood escapes public knowledge. So does his educational background.

With the 2016 four-songs EP “A.M. Paradox,” Brent Faiyaz announced his arrival among the listeners of the “Urban” genre. Two years later, he released a full-length project titled “Lost” under the “Lost Kids” banner.

Ahead of the Valentine’s Day weekend in 2020, Brent dropped the 10-track album “F*ck the World.”

Months ahead of F*ck the World’s scheduled release, Brent had a North American tour of the same name. The aforementioned tour would begin on 18th March 2020 in Oregon and end on 18th April in Norfolk, Virginia.

Back in September 2017, Brent had embarked on a cross-country tour for the first time.

Besides the earnings from streaming and tour ticket sales, Brent obtains a majority of his $5 million+ net worth from merchandise.

When Brent Faiyaz’s first burst into the scene, many concluded him to be a closeted gay individual. Unsurprisingly, the assumption was baseless.

As a boyfriend and girlfriend, Brent and Zahara stole the show at the 2019 iHeartRadio Music Awards. The two appeared cozy as they posed for the cameras during the red carpet event.

The romance between Brent and once-wife prospect Zahara seemingly fizzled out in the end. In the same lowkey manner that the lovebirds introduced their dating life to the world, they signaled their breakup.

Fast forward to the year 2020, Brent exhibited all the qualities of a single man. Zahara was doing the same.