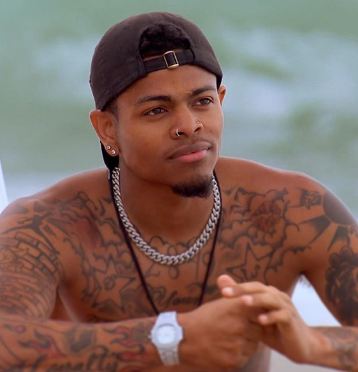 Like his name suggests, Mechie So Crazy is – well – crazily talented. A founding member of the Hip-Hop/R&B collective “4EY The Future,” he skyrocketed to international fame after his single “Scoot Ova” went viral.

Get into Mechie’s wiki-like biography to learn about his life!

Mechie So Crazy hails from Washington, D.C.  Demetrius Harris is his real name.

Mechie comes from a family led by a single parent. His mother bled sweat and tears to raise him.

As for his biological father, Mechie hadn’t seen him until his 25th birthday. Admittedly, his dad was proud of the man he had become.

As a high school student, Mechie was voted the Most Athletic and the Most Popular.

As of early-March 2020, there didn’t exist a Wikipedia profile dedicated to Mechie.

Concerning his height, Mechie So Crazy stands five feet and seven inches (173 cm). His other discernable physical trait is his tattoos. Innumerable inks cover his body.

Before pursuing a career in music, Mechie was a Vine star.

Circa 2015, Mechie and fellow “4EY The Future” members Kenny Iko and Leo Amari socred a hit with “Scoot Ova.” The exposure led the group to earn appearances on the Verizon Center, the BET Experience, and My Fox DC. In 2016, the group released a song with DC legend Wale titled “No Time To West.”

Going solo, Mechie toured with Chrisette Michele and Meek Mill. He also dropped several songs such as “Wanna Be Your Man,” “Skrt Skrt,” “Like Dat,” “Wake Up” and “Thick Thick.”

Mechie’s hustle continues to pay off. As of late-October, he owned a respectable net worth in the excess of $250k.

Searching for more, Mechie also dabbled in reality TV. He made appearances as one of the main cast on the 3rd season of “Ex On The Beach.”

Beyond his musical pedigree, Mechie So Crazy made headlines in 2017 because of his relationship with Hip-Hop video vixen-turned-reality star Blac Chyna.

Mechie and Chyna started dating in Summer 2017. So invested was the singer in the relationship early on that he even tatted his girlfriend’s initial “BC” on his neck.

Surprising everyone, Mechie and then-girlfriend Chyna announced their breakup shortly after they ignited the romance. Reportedly, the socialite grew tired of the singer’s flirtatious ways on social media. 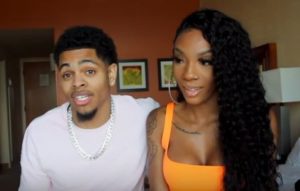 Mechie So Crazy and Millie Sweet circa March 2019 (Pic – YouTube)

Moving on from the debacle, Mechie found a companion in YouTuber and longtime friend Kellie Sweet. He even cast the vlogger on his music video for the 2018 single “Wake Up.”

Together, Mechie and Kellie participated in the 2019 “Chapstick Challenge.” The gifted crooner then surprised his lover with a $10k bed and breakfast.

During the March 2019 Q&A on YouTube, Mechie and Kellie refused to place a tag on their relationship. As a result, many accused the pair of faking romance for “clout.”

By Fall 2019, Mechie was no longer popping on Kellie’s Instagram.

When 2020 kicked around, Mechie was still single and having fun. Via a tweet, he opened about embracing singlehood to the fullest.

A multi-talented girl from Britain, Melissa Reeves was a frequent mention in the headline in media. Whether...

0 Replies to “Mechie So Crazy Wiki, Height, Girlfriend, Net Worth”