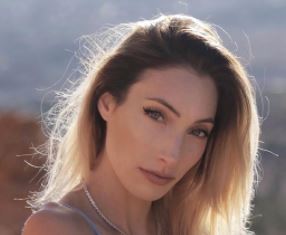 Male streamers have always dominated the gaming platform since dawn. But over the recent years, we’ve seen several female streamers making their way into the podium, garnering millions of fans. Likewise, Avori Henderson is a name who found home in the gaming world, mostly streaming over Facebook.

So, who is she? Stay with this Avori Henderson wiki to learn all about her.

As per her birthday, Avori is of the Taurus zodiac.

The passion for gaming was imprinted into Avori Henderson as she grew up playing video games alongside her family. She shared that her family-owned gaming consoles like Xbox and Wii, and also she privately had a PlayStation 2 and Nintendo that she used to play kid-friendly games on.

Later, as she decided to pursue gaming as a career, her family was “very supportive” and for that, Avori feels “so lucky to have them.”

As for her ethnicity, Avori is Caucasian.

In 2021, she was living in Los Angeles, CA, far from her reported hometown Springfield, Illinois.

Although we may have leaked the information, Avori doesn’t appreciate it much about people inquiring about her height and weight. She said that she finds it “so odd”, moreover, she has had enough of the body shaming that came along with it. In her worlds,

In 2018, Avori Henderson, who began her career on Twitch, was streaming over the platform as she removed her jacket to do body art on her shoulder. Underneath, she was wearing a tank top, and many assumed that flaunting the lacy top was the reason she got banned.

But, Avori was later informed that removal of any article of clothing was considered “sexual content”, and it was the actual reason she got banned.

She then immediately jumped ship to Facebook, and things never have been better. According to her, she was already in talks with Facebook months before the incident and was “happy to move to a platform that truly was there” for her.

Searching for her Onlyfans? Well, bad news, Avori didn’t seem like she had one as of 2021. The Onlyfans @priv_ave wasn’t hers.

Trivia: Avori was banned over PUBG in Sept 2019 for allegedly “teaming”.

Avori Henderson garnered a net worth of above $1.5 million by 2021. As a full-time streamer, she earned pretty well, but obviously not $25 thousand an hour. At least, this was what she said.

It was 2019 when Avori went on to become that the first female streamer to have signed five figures worth deal with XSET Gaming. Also, that year she made history by hosting the first-ever all-female PlayerUnknown’s Battleground tournament, raising over $10 thousand in charity donations for organizations like Fred Hutch and the Children’s Miracle Network.

As of 2021, Avori is also part owner of an esports organization called 303.

Talking about her sponsorships, Avori mentioned that she doesn’t work for money. Unlike many others, if she doesn’t like the product, the deal is rejected.

Outside streaming, Avori was involved with the fashion industry as well. In 2021, she was working with the Ford Models, and also owned her own fashion line, Styles by Avori.

Initially, Avori started streaming while she was in college to open her own fitness marketing company. But along the way, she chose to become a full-time streamer instead, since it paid more.

Also, at the time, Avori was on her way to participate in Miss America pageant as well. But, then she gave up, not wanting to be involved in the politics that surround it.

Avori Henderson was once engaged to another avid gamer, Dillon Richardson. The two started dating in college in 2017, and three months later, they went on to start the dream of being a full-time gaming couple. However, it seems that only Avori climbed to the stardom, while her fiancé remained anonymous.

Sharing three years of dating bliss, the couple then got engaged circa May 2020. But, unfortunately, the same year in November, Avori broke the bad news about their split, confirming that he cheated on her.

Avori was then down for a month until she finally decided to let it go, sharing that she “cannot wait to find another person who understands” her. Also, she took the time out to mention that her fiancé left her to pursue a close friend of hers.

Talking more about their breakup, Avori even uploaded a Youtube video (now deleted) to leave things on a positive note.

In Dec 2019, Avori and Dillon were planning never to have kids. Guess, it’s come true now.

Who Is Avori Henderson Boyfriend?

Good news fans, Avori Henderson has already found “another person who understands” her. He is the creative director/ filmmaker, David Strib. 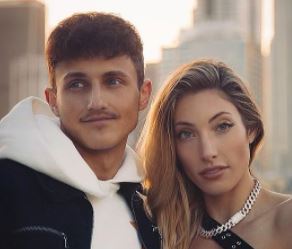 Avori first introduced her new boyfriend to the world on Feb 1st, 2021, and likewise, 12 days later, David took it to his IG to share the same picture. The two then since often posted their lovey-dovey pics over respective socials with sweet captions.