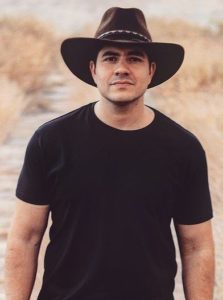 Mexican actress and singer, Melissa Barrera, is popular all over the world for her roles in the telenovelas Tanto amor, Club de Cuervos, and Siempretuya Acapulco. Circa 2021, the popular actress was ready to up her career through her performance in the upcoming musical drama In The Heights (2021).

Besides being an incredible actress, the Latin woman is extraordinarily beautiful too. This has left many fans wondering who is that lucky man to have a place in Melissa’s heart.

That is why today we bring to you an article about Melissa Barrera’s husband, Paco Zazueta. Stick to the end of this Paco Zazueta wiki to know about their married life. Also, get insights into Paco’s age, family info, job, and net worth.

Paco Zazueta was born in the year 1987 and thus turned 34 years of age in 2021. Likewise, he celebrates his birthday on the 22nd of January every year. Going by his birthdate, Paco’s zodiac sign should be Aquarius.

Paco Zazueta was born and raised in Ciudad Obregon, Sonora, Mexico. He has parents and at least two siblings in his family.

His mom’s name is Francisca Munoz and she is available on Instagram. However, her Instagram handle was private as of May 2021. Paco’s dad’s name is Javier Zazueta and he does not seem to have any social media handles. Thanks to Paco’s birthday post, we do know that Javier celebrates his birthday on the 24th of April every year.

Paco Zazueta stands at an average height of 5 feet 9 inches, a little taller than his wife Melissa, who measures nearly 5 feet 6 inches. Furthermore, his weight is no more than 70 kilograms.

Reportedly, Paco Zazueta’s net worth was estimated to be under $1 million as of May 2021.

Paco had a deep interest in music since a very young age. He was particularly drawn to the regional Mexican genre. In 2011, Paco entered Azteca musical reality television show, La Academia.

In 2012, Paco launched his own record production independently under the name “Paco Zazueta” with 12 songs, 10 pop songs with Mariachi, and two unreleased songs.

His songs are available to listen to on Spotify and various other apps. Some of his hit singles include Melissa, Solo Con Verte, Ya Te Perdi La Fe, among others.

Besides being a musician, Paco Zazueta is also a businessman. He owns a meat shop named Carnes Zazueta. You can find more about his business by clicking this here.

Paco Zazueta first met his love, Melissa Barrera, at a Mexican reality musical talent show La Academia in 2011. Both of them were there as a participant. The duo even performed their rendition of Enrique Iglesias’s Caundo Me Enamoro.

The adorable duo began dating shortly after in September 2011 and have been inseparable ever since.

After dating for almost 7 years, the power couple decided to take their pure, divine relationship to a next level through engagement.

After the pair had spent some time together in Empire State Building, Paco got down on his one knee, popped a beautiful engagement ring, and asked a million-dollar question in June 2017.

As expected, Melissa accepted Paco’s proposal. On June 11, 2017, Melissa even made an Instagram post offering her followers a glimpse of the proposal moment.

Post their engagement ceremony, the lovely couple spent some time in Time Square, New York. Paco posted about that on his Twitter handle.

Paco and Melissa celebrated their six-year of togetherness on September 25, 2017. Melissa wrote, “6 down, a lifetime to go…,” on her Instagram handle on the auspicious occasion. 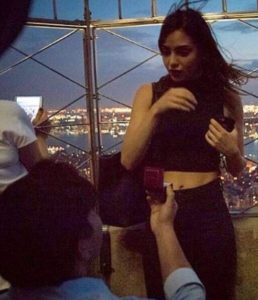 Paco gets engaged with his now-wife, Melissa Barrera.

On the couple’s first engagement anniversary, Paco shared a picture of him bending on one knee proposing to Mellisa with an engagement ring on his one hand.

In early 2019, Paco and her fiancee, Melissa got married at a lovely wedding ceremony in Acapulco, Mexico. As of May 2021, the power couple did not announce any plans of having kids anytime soon.