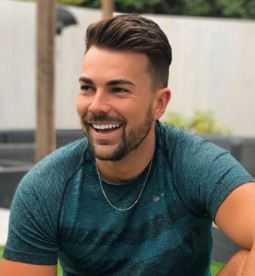 Sam Bird, not to confuse with the Formula E and Ferrari GTE driver, is a personal trainer and a DJ who rose to the limelight as he appeared for the fourth season of CBS’s Love Island in 2018.

While Sam was laying low after his career as DJ took a hit due to COVID-19 in 2020, he had a surprise for his fans the same year. The revelation came on August 27 when Sam announced his engagement with his less-than-a-year girlfriend, Kailah Casillas.

Also, the engagement piqued the interest of many fans, wanting to know more about the duo. So, here we are shedding light on their dating history through this wiki-style article.

Trivia: Sam was only 7 months older than Kailah.

Corresponding to his birthday, Sam is of Aries zodiac.

As for his hobby, Sam liked to play soccer. He played for a local club Dussindale Rovers that won the Norfolk Junior Cup, held at Norwich City’s Carrow Road.

Moreover, Sam loved traveling. He has traveled across the U.S.A and has also been to Dubai.

As for Sam’s parents, they didn’t appear much over his social media. However, his dad Steve once made a presence with the TV and Radio presenter, Sam Homewood over his Twitter.

Apart from this, Sam has triplet siblings. There was a picture of him with his triple sisters as a child uploaded over his Twitter on Jun 24, 2018.
Also, many joked about Matt Terry being Sam’s secret twin brother. If you are wondering if Matt was Sam’s brother then the answer is “no”. They were compared to each other due to their similar appearance.
Also – Max Morley Wife, Dating, Net Worth, Height, Family, Bio

As a fitness enthusiast, Sam maintained a ripped body. He is a handsome man with weirdly shaped eyes brows.

Also, find him on Facebook @SamRobertBird with over 1K followers.

Talking about his job, Sam is a personal trainer with specialties in resistance training, sports nutrition & powerlifting. He weight trained since the age of 15 and has a degree in Personal Training. Moreover, he has been in the fitness industry for well over a decade and has worked with celebrities like George Shelley and Georgia Toffolo.

Also, Sam is a UK based DJ / producer. He worked with Warner Records and was managed by Rian@rnrmanagement.co.uk and PR: Charlie@thehugeproject.com.

Combining both his professions, Sam operated a “disco-gym” named Core Fitness in Norwich. Furthermore, the gym had a juice bar, Core Kitchen, to provide post-workout protein shakes and coffee for members.

As for his Love Island season 4 journey, Sam entered the villa on Day 19 and was dumped from the island on Day 47.

Reportedly, it was Sam who slid into Kailah’s DM and had been liking her photos. According to Kailah, Sam reached out to her and mentioned,

Soon after they met, the duo hit it off and maintained a long-distance relationship. Later, Kailah relocated from Las Vegas to London and within months, the lovebirds got engaged on August 27, 2020. 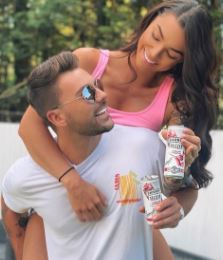 The good news was made public through Kailah’s Instagram where she flaunted her diamond ring captioned,

“I’m marrying my favorite person in the world. @samrobertbird.”

However, Sam and Kailah didn’t announce when will they get married during their engagement.

Short info on Sam’s fiancee Kailah Casillas — Kailah is The Challenge star who was previously a relationship with her longtime boyfriend Michael “Mikey P” Pericoloso.