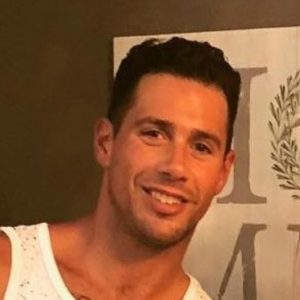 Gina Kirschenheiter, a housewife on Bravo‘s Real Housewives of Orange County, has decided to make a victim impact statement about her ex-husband Matt Kirschenheiter, who was accused of choking and threatening to end the life of Gina.

Gina decided after her attorney Michael Fell introduced her the option to address the court about it on the November 2020 11th episode of RHOC.

Though the pair may not be on the best terms they were at once, they try their best to settle their differences while co-parenting their three kids.

This article will explore the biography of Matt Kirschenheiter. From domestic violence incident to divorce, this wiki covers everything about Matt and Gina’s relationship timeline. Also, get insights into Matt’s job, and net worth.

Account Executive Matt Kirschenheiter was born in the year 1984, thus his age, as of November 2020, was only 36. Ever since Matt was born, he’s been celebrating his birthday on the 11th of June, which makes him Gemini.

Gina’s ex-husband was born in his hometown is Mission Viejo, California. He got a very similar upbringing from his parents like his siblings.

He maintains a great relationship with every family member. His father’s name is Martin and his mother goes by the name of Patricia Kirschenheiter.

Even though Matt Kirschenheiter’s height is not something he is known for, it’s there up on the Internet for informational purposes. He stands at an average height of 5 feet 8 inches, a little taller than his ex-wife Gina. Furthermore, he weighs 72 kilograms.

To be a successful account executive, one needs a proper education in accounting and finance. Matt Kirschenheiter got his high-quality education from Hofstra University. He graduated from there with a bachelor’s degree in business administration.

His first job was at Merrill Lynch as a Financial advisor. In December 2007, Matt joined PIMCO, an investment management company, as an internal advisor consultant. In January 2011, he was promoted to the position of vice president. From January 2017 to July 2019, Matt managed the accounts for PIMCO.

In November 2019, Matt joined theLender as an account executive and worked there for six months. From May 2020 to October 2020, he was Head of Investor Relations for Angulus Capital Management, LLC.

Since October 2020, Matt Kirschenheiter had been working as an account executive at LendSure Mortgage Corporation.

What Is Matt Kirschenheiter Net Worth?

Having worked for almost half a dozen organizations, it’s no secret that Matt Kirschenheiter has made a great fortune. Although there are no exact figures about how much he has earned if there was, the figures would be somewhere around $500 thousand.

In a 2020 interview, Gina opened up about how the incident still haunts her every day and night. She said,

“What happened that night, I struggle with it to this day. I still wake up in the middle of the night, I have bad dreams.”

A little days before the alleged attack, Gina had found about Matt cheating on her with another girl. Every day, they would get into arguments hoping to fix their marriage.

On June 22, 2019, Gina and her husband, who was heavily drunk, got into a heated argument. In the middle of the argument, Matt got so furious that he choked her, hit her, and threatened to end her life.

When the neighbors heard all the shouting in the house, they called the police, and Matt was arrested. He was charged with two felonies–for both of which he pleaded not guilty. 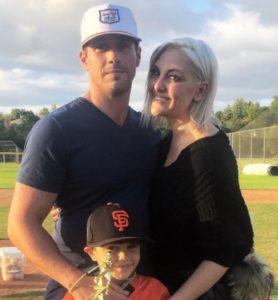 Matt, Gina, and their son Nicholas.

Although the pair have finalized their divorce, they come together as one when it comes to co-parenting their three kids–daughter Sienna, sons Nicholas, and Luca.

That was why Gina was not so sure initially about making a victim impact statement. She did not really want to jinx the wonderful co-parenting their kids were having. But, when Gina felt giving the statement could bring some closure to the traumatic incident, she wanted to go for it.

Matt was set to appear at Orange County Superior Court in January 2021.

Who Is Matt Kirschenheiter Girlfriend?

After the awful incident, Matt Kirschenheiter and Gina moved on with their own darling. Gina seemed going strong in her life with her boyfriend Travis Mullen and Matt with his girlfriend named Britt.

Both of them apparently held no grudge whatsoever toward each other. In fact, Gina appeared really happy that Matt had Britt as his girlfriend. Moreover, she believed Britt was the reason why co-parenting had been so easy for Matt and her.