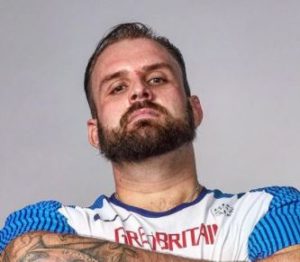 Season 3 of Channel 4’s Celebrity SAS “Who Dares Wins” is herewith 12 celebrity recruits. On the show, they will push themself to their absolute limit. One contestant Aled Davies despite having a leg disability dared to work harder than anyone else in the series.

So, who is Aled Davies? Scroll down to learn all about his personal life including his wife, net worth, and height by the end of this article.

Aled Davies took it to his IG on August 22, 2021, to share the “crazy news.” He made the announcement that he was a part of Celebrity SAS: Who Dares Wins, all set to premiere on 29 August at 9 pm on Channel 4.

On the post he wrote the caption, “I’ve never been so far out of my comfort zone, but what an experience this was!”

Aled Davies Disability: What Happened To His Leg?

Aled Davies suffered from Talipes and Hemi-hemilia, a combined disability in his right leg. To simply express, it means that he has an extremely limited functionality of his right leg. It was because of the missing bones on the leg, no muscle or ligament growth, and a fixed foot.

The condition or disorder is rare. It occurs in only 1 in 40 thousand births.

Aled Davies was 30 years old when he first participated in Celebrity SAS in 2021. He welcomed all the birthday wishes on the 24th of May making him of Gemini zodiac.

Aled Davies comes from a happy family of four residing in Bridgend, South Wales. His parents are Hugh Davies and Jacquie Davies who are by far the coolest parents one can have. The same goes for Aled’s big brother Rhys Owain Davies.

Please do check Aled’s IG to find the picture of his parents in Christmas dresses, or just chilling out.

Rhys is a University of Surrey (Transport Planning and Management) MSc graduate who went on to become the director at KPMG, a consulting agency. Before that, he had a job as an executive director at Ontoit, WS Atkins, and a program manager at  ACT Government.

Also, he is a former transport planner of Beca Infrastructure Ltd. He lived in Canberra, Australian Capital Territory, with his wife Laura Ann Davies and their two kids, as of 2021.

Mentioning his distinct features, Aled’s looks are accentuated by his brown hair and eyes, and his intimidating body. Also, he shared that he has an “outstanding hairline” for which, he has his father to be thankful.

Also, his Twitter @AledDavies2012 then flaunted 41.3K followers. Most of his social media posts were about his time in Paralympics, and training.

By profession, Aled is a track field athlete. Growing up as a kid, he has represented South Wales in swimming. Then he grew up to be the world record holder of the F42 shot put in 2012 and extended his mark in the 2017 World Championships in London.

Talking about his Paralympics conquests, Aled secured a bronze medal in shot put and gold in the discus in 2012. During Rio 2016 game, he first won gold at shot put F42. In 2017, he took another gold in shot put by breaking his own world record, and as of 2021, he was in Tokyo seeking his fourth Paralympic medal.

No, Aled Davies wasn’t married but he had proposed to his fiancee Isabella Bateman. The two were engaged on May 27, 2019.

Four months later, Aled and his fiancee were blessed with a beautiful daughter named Phoebe Rose Davies. According to him, his daughter was his world and “better than any medal.”

Aside from Phoebe, Aled and Isabella are also dog parents. They have a Chow Chow named Benji. Their lovely fluffy dog was born on April 9, 2014, and had his own IG @benjithechowchow. 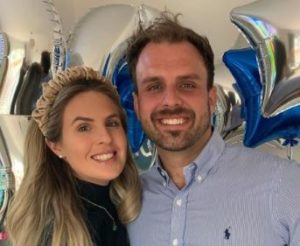 Talking about his wife-to-be, Isabella owns the home fragrance and skincare company named Isabella Charles Ltd. She shared that her company was proud of using only natural ingredients in their products, making them paraben and sulfate-free.

The business lady is a Solihull native who attended Bredon School. She then graduated from The Royal Agricultural University and straight started her own company.

One Reply to “(SAS: Who Dares Wins) Aled Davies Wife, Height, Net Worth”