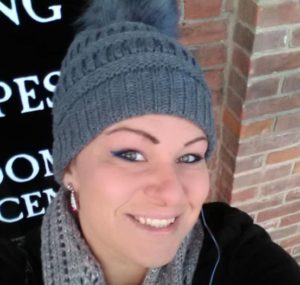 WE-TV has a really intriguing reality show named Love After Lockup. Kristianna Roth is one of the casts of the show. The lives and romance stories of Kristianna and her husband always stirred the interest of fans of the show.

Learn more with this Kristianna Roth Bio to look closely into the details of her family and her relationship.

Kristianna Roth’s only known parent is Tammy. As the show’s teaser showed, Tammy was clearly surprised after hearing her son-in-law John Miller’s relationship history. But, after Kristianna went back to prison, John opened the doors of his home for his mother-in-law Tammy and his sister-in-law Terra.

TVSHOWSACE reported, John thought it best to look after Tammy because of her degrading health. A rumor regarding Tammy passing on also surfaced on the internet but as it turned out her health was only degrading but she was very much alive as of Aug 2021.

Tammy suffered from stage 4 lung cancer. So, she clearly wasn’t doing very well health-wise. She appeared on the TV show demonstrated how strong of a woman she was.

Meanwhile, as the show revealed, Terra K Sprague, Kristianna’s sister, was having an affair with her brother-in-law. They were shown getting flirty with each other. A little bit of feeling might’ve been involved between the two, but no further updates appeared.

But, limits had to be set to avoid wrecking the marriage of Kristianna and John. So, John decided to kick Terra out of his home. In revenge, she snitched on him regarding the suspicious amount of money that was coming into John’s house.

Terra also pointed out that he wasn’t working, still, he managed to buy a new car, renovate his home, and add new furniture to the house.

Terra snitched that the flirt and romance which the show delivered was just a storyline to keep John’s story moving. Why? Because her sister was in prison. She also stated that she was promised money for her participation in the show which she never received.

Kristianna Roth’s Facebook revealed that she landed the job of a host at The Foundry starting on 23 August 2018. But, now that she was doing time for 2nd-degree burglary, she discontinued her job. So, technically Kristianna is unemployed at the moment unless she had made some arrangement inside the prison.

From a very young age, Kristianna Roth couldn’t abstain from getting in trouble with the law. She might even have juvenile records and was arrested for breaking the law as an adult as early as 18. In 2005, Kristianna was charged with a simple misdemeanor and released pretrial with supervision. She repeated it again in September of 2005.

Kristianna was arrested back in December 2019 and set to be released on 27 February 2023. Their criminal past and appearance on the show dubbed them as the new Bonnie and Clyde. Meanwhile, John promoting the brand which he and Kristianna started together under the same name.

On Instagram, she used the name (@kristianna.loveafterlockup) for her Instagram profile. On Facebook, Kristianna Roth used her real name. The profile hasn’t been updated since November of 2018.

The profile entertained her 1,122 followers but with only 2 posts. Kristianna couldn’t be discovered on Twitter and TikTok.

Kristianna Roth And John Miller: Love After Lockup, Still Together?

Before meeting Kristianna, John was married four times and engaged two times. John Miller has been quite a storyteller and he had shared that they met each other in prison when she was doing time in the Iowa correctional institution for women in Mitchellville IA.

He also shared with Tammy that he ran off with the cousin of his first wife, so it is not a good sign for a sustainable relationship. John married the cousin while still being married to his first wife. John had custody of two kids out of 8 of the children he had from his marriages. 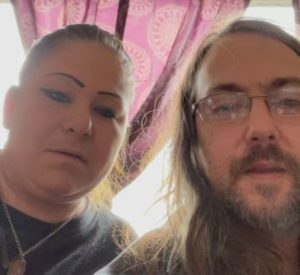 Kristianna Roth and her husband John Miller together before she was arrested again (Pic: John’s IG)

John has a son who he often addresses as “the kid,” and two daughters named Sarah and Sapphire Stano. Sapphire feared that her father would be back in prison again if he tied knots with her now-jail-bird stepmother Kritianna Roth.

John previously stunned his daughter Sapphire by breaking the news that he was in a relationship with Kristianna, an inmate, and planned on getting married once she came out of prison. He turned his pickup truck into a wedding chapel with the help of his brother. They married in a Native-American tradition.

But, after her arrest, John was still waiting for his wife to return in 2023, so they are still married and together.

In May 2021 episode, we see John and Kristianna on their way to Walmart. John has a conversation on his phone, and Kristianna reads comments from her IG live. She dropped the bomb that they had plans of having children.

Later on, rumors started to spread surrounding her pregnancy on the internet, Kristianna dismissed all the hypotheses by claiming she wasn’t pregnant.

The next person who declined the pregnancy rumor was Kristianna Roth’s anonymous son. He is a ghost with no social media presence. But, her son had previously put the end to the speculation surrounding her pregnancy in February 2021.

When Kristianna gained weight, the rumor of her pregnancy spread. The joke that they intended to make a baby further fueled the speculation.

And Kristianna’s mystery son confirmed his mother wasn’t pregnant with John Miller’s baby. He added that, since she was clean off drugs, she gained weight because of that.