Home EntertainmentZachary Wohlman Wife, Kids, Cause Of Death, Net Worth

Zachary Wohlman Wife, Kids, Cause Of Death, Net Worth 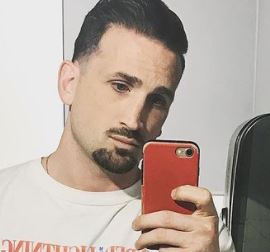 In February 2021, news surfaced that Zachary Wohlman — also known as Kid Yamaka — had died. He was 32.

Keep reading and discover info about Zachary Wohlman’s cause of death, wife, and kids. Also, find out his net worth, height, and family!

Zachary Wohlman Cause Of Death

Via Twitter, Wild Card Boxing Club confirmed Zachary Wohlman’s death on 15th Feb 2021. The company, however, didn’t give out a cause of death.

The emotional tweet read— So deeply saddened with the passing of a very loved member of our Wild Card Boxing family-friend, brother-Zachary “Kid Yamaka” Wohlman. Love and support to the Wohlman family and all affected. We love you, Zach. You will never be forgotten. Rest In Peace  @ZacharyWohlman”

The Outsiders House Museum’s Danny Boy O’Connor wrote— “Heartbreaking to hear that Zachary Wohlman, aka Kid Yamaka, has passed away. Godspeed, my friend”.

Zachary Wohlman was born to his beautician mother and a father named David Wohlman.

Moreover, Zachary was a native of Los Angeles, California.

Born into a Jewish family, Zachary lacked discipline growing up. By 16, he had landed himself at the Sylmar Juvenile Detention. It wasn’t until he was in his 20s, Zachary began to feel the sense of community attending Shabbat Friday night dinners.

At the time of his death, Zachary’s IG had around 5.2 thousand followers. His Twitter, on the other hand, entertained under 500 followers.

Per sources online, Zachary had under $100 thousand net worth.

During his career as an amateur boxer, Zachary reportedly enjoyed the record of 18-4. In 2008, he had started training with Freddie Roach.

In December 2011, Zachary made his pro boxing debut against Ricardo Malfavon. His last fight was against Matt Murphy.

Zachary’s record at the end of his pro boxing career was 10-3-2 (Wins-Loss-Draw).

Also, Zachary was the start of the 8-part documentary titled “Why We Fight”. The UFC legend Ronda Rousey was the executive producer for the project.

According to his IG, Zachary held several titles including that of a Boxer, ESPN+ Host, Journalist, and Director of Youth Outreach.

Zachary Wohlman was survived by his “wife,” Serafina. Although the couple didn’t have kids, they sure loved their dog. 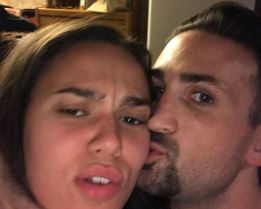 Confirming Zachary’s death, Serafina penned a heartfelt message on Instagram. She began— “My savior, my love, my Angel, my husband, the biggest pain in my butt. I can’t believe my world has stopped and you’re not here with us anymore. You were changing the world, one person at a time.”

Serafina continued— “With great honor and privilege has it been to be by your side through the hell and high water. A talented man, yes you were. A man with demons, yet shared the love of angels. You changed so many people’s lives all the fucking time. Always giving the shirt off your back to anyone that asked.”

She then added— “You have built a legacy that has outlived you, children will have a place to call home because of you and for many years to come. You were meant for me like no one as crazy would have done what we’ve been able to do in the past years. The way you loved me was astronomical, the way I loved you was even bigger. This is by far going to hurt like no other. ”

Serafina ended her post by writing— “I feel you all over me and when I close my eyes, all I can see is you. Kid Yamaka, Zachary Wohlman, you are forever with me, I can’t believe I’m not going to hear your voice or feel you in this life. I know you’re looking over me right now, I can hear you saying it’s going to be okay, but it doesn’t feel like that. I can hear you telling me that I’m going to be fucking great but my world is changed forever. I’ll see you on the other side.”

Zachary first popped up on Serafina’s Instagram in January 2019. At the time, they were probably in New Orleans, Louisiana.

Serafina and Zachary then celebrated their 1st anniversary in September 2019. The late-pro boxer also shared a video of Serafina on Instagram to celebrate the occasion.

0 Replies to “Zachary Wohlman Wife, Kids, Cause Of Death, Net Worth”