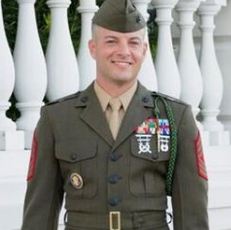 John Kirk turned heads of fans of TLC’s reality show when he and his “blended” and “complicated” family joined hands to star in the network’s newest offering You, Me & My Ex. He starred in the show alongside his ex-wife Loren, his neighbor-turned-wife April, and his ex-wife’s new husband and ex-husband of his second wife, Roy.

Since fans are particularly interested in John Kirk, we’ve created this John Kirk Wiki to help readers learn more about him.

John Kirk turned 42 years old in January of 2021. His birthday falls every year on 18 January. What’s more, based on his date of birth, John owned Capricorn as his zodiac sign.

[You, Me & My Ex] John Kirk Parents, Siblings

John Eddie Kirk was born to his father John C Kirk and his mother Sue Pearson Kirk in his hometown of Blythewood, South Carolina, the United States. He belongs to a family of veterans.

His paternal grandfather (24 September 1934 – 4 September 2011) served in the US States Navy for 22 years, which included a combat tour during Vietnam. Post retiring, he founded Kirk Enterprises and specialized in custom cabinetry and countertops for 25 years.

Likewise, his father also served in the military. As for his mother, she was a retired school secretary. His parents were high school sweethearts who were married for over four decades.

Coming to the details on his siblings he has two; a twin brother named Clifton Lee Kirk and a sister named Carrie Kirk Montgomery.

Following the footsteps of his father and grandfather, Clifton also served in the US Air Force. After retiring, he started working as a senior account manager at Allied Universal in June of 2018. He is married to a fellow US military veteran and has two kids.

As for his sister, Carrie attended Spring Valley High. Whereas, she earned her BA degree in Elementary Education and MA degree in psychology meditation and conflict resolution/organizational leadership from Columbia College South Carolina. She is working as a Disability Coordinator at Newberry College.

Besides Twitter, John Kirk could be discovered on all of the social media platforms. He is friends with 741 people on Facebook and isn’t very much active. Whereas, he is followed on Instagram by 124 people in total. On the platform, he posted 123 times in total but he kept his account private.

Similar to his twin brother, John Kirk also served in the US military. Early January of 2021, John has completed 23 years of faithful service to his country doing his job as a US Marine.

In June 2019, his wife April posted a photo of him. On the post, she wrote a caption that he had to give 15 minutes speech and was voted best and most meaningful speech in the entire class that he was taking for several weeks.

With his selfless service as a US Marine, he has made himself and his family proud. In the meantime, he was able to accumulate a total net worth near $1 million.

John Kirk was previously married to Loren Kirk. Together they had three kids. The couple was neighbors to April Kirk and her ex-husband Roy Farner, who also had three kids. As both pairs struggled in their marriage, John Kirk and April Kirk got closer and ended up falling in love.

When their respective spouse found out about the affair, both couples resorted to getting divorced. On 23 September 2017 April and John got married and have been together ever since. 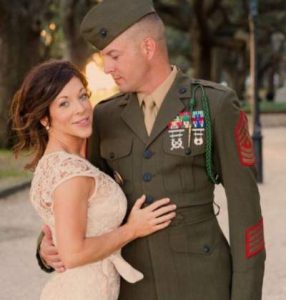 Things got even more complicated when Roy kept a close relationship with April. Even after the divorce, she kept on doing his taxes. Not only that, but the divorced pair also got matching tattoos.

John and April had plans of having a big wedding but never did. They had even planned on inviting their exes on their big day.

Still, as the TLC’s You, Me & My Ex portrays, April, John, Roy, and Loren continued to pose as a “big blended family” as dubbed by April’s daughter Hayli.

In fact, April and Loren happen to business partners at Co-Parenting Past Chaos. And turns out Loren is now married to April’s ex-spouse.

It must be a miracle story, that TLC covers, how following 2.5 years of a “nasty” custody battle, they learned to be civil with one another.

As of 2021, John Kirk has four kids with his ex-wife Loren Kirk, all boys. But, besides snaps on his Facebook, no details on his sons could be unearthed. As for his wife April, she has two daughters Hayli Gibson and Taylar Turner, and a son named Tanner Farner.

However, John and April also hinted at a desire to have a new baby. April wrote on one of John’s posts on FB where he had his son. There she wrote, “Omg!!!! Baby boys!!!! Time for another

Responding to the comment John Kirk wrote, “I’m down! April Kirk.” To which she again replied with, “John Kirk I know you are, you remind me all the time!”

So, we might get to see a “Kirk Five” in the show, if we as fans are lucky enough.