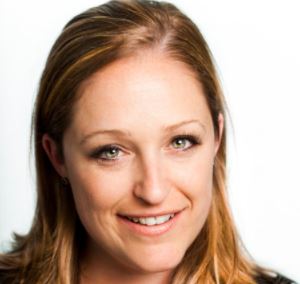 The talented interior designer, Kristina Crestin finally made her way into the cast of Farmhouse Fixer in March 2021. Alongside her old friend / the host of the show Jonathan Knight, Kristina will be working on centuries-old farmhouses and cottages transforming them into beautiful and luxurious homes.

Here is everything we know about her, written in this Kristina Crestin wiki format.

Kristina Crestin was 40 years of age when she first appeared on Farmhouse Fixer in 2021. She celebrates her birthday on September 26 and is of the Libra zodiac.

Let’s not lie, we all have our favorite parents. And for Kristina Crestin, it seemed to be her mother Deborah Shropshire Bennet. The two girls were often seen spending a night out or attending costume parties. Also, it might be the fact that Kristina and her mother shared the same profession, that kept the bonding stronger than ever.

Talking more about her mother, Deborah was 70 years old in 2021. She is a Millis High School alumna, who was working as “Girl Friday” at her daughter’s company Kristina Crestin Design / Studio KC. Before that, she was worked for StudioKC.biz on the same job and also worked at Putnam Investments as Sr processing. The Millis, Massachusetts girl, Deborah was living in South Hamilton before 2021.

As for Kristina’s father, he once appeared over her Instagram in 2013 — he was pictured reaching for the cheese, as their dog kept an eye for any fallen ones.

By now you should have already guessed, Kristina’s maiden name is Bennet. She grew up in her hometown Bellingham, Massachusetts, where she attended Bellingham Memorial Junior and later moved on to get her higher education from Endicott College.

In 2021, Kristina was living in Essex, Massachusetts.

Kristina Crestin is a lovely lady who stands tall at a height of 5 feet 2 inches (157.48 cm) and weighs under 50 kg (110 lbs). Her distinct features include – hazel eyes, brunette hair, and a lovely smile.

If you are a fan of HGTV’s Farmhouse Fixer, then you should already know that Kristina is an interior designer. She started her career working as an intern for Beacon Hill Showrooms in 1999 and Lindy Limberman Living Spaces LLC a year later.

Then in 2001, she joined Siemasko + Verbridge as a senior project manager and worked there straight for over 8 years. Later in 2009, she then severed as the director of membership at Downtown Boston Rotary for a year.

Finally, in 2009, she opened her own interior design studio called Kristina Crestin Design / Studio KC and dedicated her life to it. In 2021, Kristina was splitting her time between working on HGTV’s Farmhouse Fixer and running her England-based design firm.

For her outstanding talent in innovation, Kristina was also awarded the tiled “HGTV Designer of the Year.”

A fitting romance for a passionate interior designer, Kristina Crestin first met her husband Kirby Crestin at a construction site. But, she spoke with conviction that she wasn’t the kind of person to take things lightly with the contractors. In her words,

“It is so important! I can’t stress that enough. And I am not saying that even though I met my husband at a job site. In all seriousness creating a team where mutual respect and sharing of ideas is important.”

Even her husband Kirby agreed and shared “Well it works on paper” (But not in real-life).

Last we saw them, the duo celebrated the 2021 Valentine’s Day together, but shared nothing about their kids. 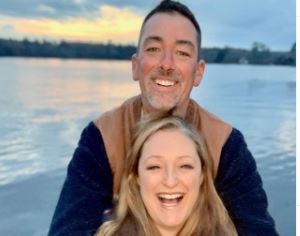 Talking more about Kristina’s husband, Kirby Crestin — He is 8 years older than Kristina and celebrates his birthday on October 9 (sharing the same zodiac as Kristina). There once was an animal cruelty charge filed against him for shooting a dog with a pellet gun the night of Nov. 28, 2012. But looking at his socials, we could clearly see that he was an animal lover. So, he might have had a reason for the incident. Let’s not be quick to judge.