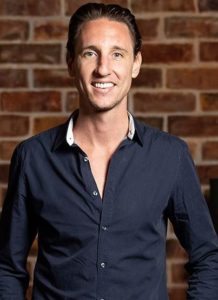 Australia’s Married At First Sight (MAFS) had an intriguing bunch of contestants on the season seven 2020. Of all the couples that joined in, Ivan Sarakula and Aleks Markovic were the ones to watch.

Ivan Sarakula’s relationship with his other half from the show had quite a surprising ending. The couple bailed out before the show came with the final results.

This wiki-style article focus on life, career and dating life of MAFS contestant. Scroll down as the article unfold details on him.

As per Ivan’s birth month, he is Aries by zodiac sign.

Ivan Sarakula is a very private individual. Almost little to none details could be found on him and his parents in a public record.

However, his anonymous dad was with him when he was celebrating his birthday in 2019. Besides that, details on his family have eluded the public attention.

As for siblings, he possibly has an older brother or a sister. He flaunts his nephews in his Instagram now and then.

Ivan Sarakula is living quite a high life. With his six-digit income flowing as a real state agent he has more than enough to maintain his lifestyle that he wants.

But before it could all happen, he went on pursuing academic degrees like everybody in his position. He enrolled and graduated from Aquinas College Menai.

Following that, he had the job of Workshop foreman/Controller/Manager at Audi Sutherland. He worked there for 4 years and 8 months quitting the job in September of 2015.

After that, he worked as a Sales & Marketing Consultant at Ray White, Australia’s largest real estate group. He service there added 2 years and 9 months of experience in his resume.

In addition to that, Ivan went on to work for McGrath Sutherland Shire for 2 years as a Real Estate agent.

Stint On “Married At First Sight”

On 24 January 2020, Ivan Sarakula announced about him being in Married At First Sight Australia.

But it didn’t end as well as he might’ve expected though he had started strong. 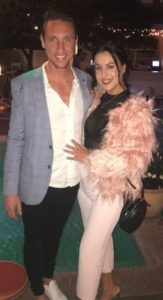 In the show, Ivan was linked up with Aleks Markovic. The couple got engaged and even committed to each other and married in the show. But, the trouble came knocking at the door, when the pair started accusing each other for different things.

Aleks accused discussing the pair’s sex life with fellow contestants while Ivan accused her wife of cheating on him with another guy.

Both denied the respective accusations strongly. And quit the show without even saying goodbye.

After the show, Ivan who had taken three months to leave from the job went back to his hustle ground.

But the management insisted him to quit the reason being he wasn’t suitable to get back in McGrath Sutherland Shire, as his MAFS stint would ruin the company’s reputation. Because of the commotion, he lost his job.

Ivan Sarakula stands at a moderate height of 5 feet 10 inches with a proportionate weight of 64 kilograms.

The handsome hunk reality star has physical features that give him a model-like appearance.

Ivan Sarakula is quite active in his Instagram account, unlike his other social media accounts. He has stacked 32.9K followers as of March 2020.

Even after the couple ditched the show, Ivan Sarakula and Aleks kept in touch with each other.

Even after cheating and sex-shaming scandal, they revealed the relationship between them is ongoing. Neither of the involved showed signs of a new relationship or dating rumors.

Though he wife Aleks, now it is quite confusing if that applied outside the show.