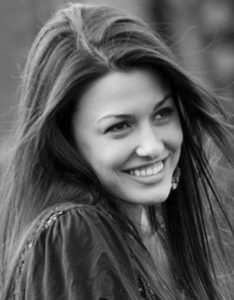 In 2017, love was in the air as Hannah Lee Fowler was serenaded by Sam Hunt at the ACM awards. Fowler was the inspiration for most of the songs, that the country music artist Sam Hunt produced.

Heartbreaking songs, Break Up in a Small Town and Drinkin’ Too Much hit top charts on Billboard 200 in 2015. Sam recalled it was penned down in her remembrance as they underwent a brief break up.

Stay till the end to know more about Hannah’s side of the love story.

Born to Scott Fowler and Linda Fowler, Hannah’s blessed with many siblings. She has a total of six brothers and sisters named Joshua, Rebekah, Sarah, Jonathan, Elizabeth, and Daniel.

Her father, Scott Fowler was a pastor at the local Spring Creek Cumberland Presbyterian Church.

Hannah doesn’t use social media as of 2020 but her sisters were frequently active.

How Tall Is Hannah Fowler? Net Worth, Job, Philanthropy

Hannah Fowler is observed to be about 5 feet and 7 inches tall, standing a bit shorter than her husband Sam Hunt.

She worked in a Syrian refugee camp in 2014 where she delivered Kurd babies in northern Iraq. Hannah was involved with a feeding program and worked with Holocaust survivors in Israel. She also inspired her husband to promote philanthropy and spread love.

Hannah quickly gained popularity as she got acquainted with Sam Hunt. Despite Sam’s major contribution to their marriage, she held a job as a nurse and covered her expenses.

Compared to her husband’s wealth, Hannah’s $100k+ net worth didn’t add up to a noticeable amount as of 2020.

“Her heart for humanity is one of the things I admire the most”, Sam Hunt expressed how grateful he was to be able to spend moments with the love of his life. 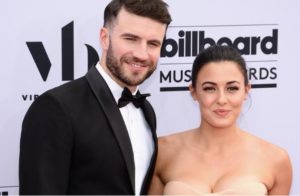 After nine years of dating, Sam bought a diamond engagement ring for good and they were secretly engaged in Israel in 2016.

A year later, Hannah and Sam tied a knot on April 15th at an intimate wedding in Cedartown, Georgia.

Hannah and husband Sam were supportive of each other’s ambitions and cherished the life they shared. By 2020, they had zero kids. Neither did the married couple shared any plans to add a new blessing to the family.