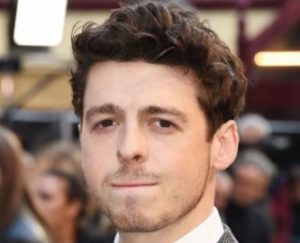 BBC’s Danny Boy is out, and its protagonist “Brian Wood” couldn’t be portrayed better by anyone other than Anthony Boyle. The movie, based on a true story, follows a British soldier whose reputation is questioned being alleged of the mistreatment of prisoners during the Iraq war.

Anthony said, “I’m thrilled to be working with Sam Miller on Robert Jones’ phenomenal script, and telling Brian’s extraordinary story. We get to explore not just the realities of war, but how they can come back to haunt you.”

So, who is Anthony Boyle, your new favorite actor? Stay till the end to learn all about him.

His Age: How Old Is The “Game Of Thrones” Actor?

Corresponding to his birthday, Anthony is of the Gemini zodiac.

For those of you who missed it, Anthony appeared as “Bolton Guard” in Game of Thrones (2014).

Anthony Boyle comes from a family of five with parents holding “normal jobs, nothing artsy”, he says. His father spent time playing GAA (Gaelic Athletic Association), and because of that, he got to travel the vast majority of his hometown, Ireland. Also, he mentioned,

“I was the least athletic child in the world. My dad brought me to Gaelic training and I’d be on the sideline making daisy chains. I was this fuckin’ little weird kid.”

Talking about his siblings, Anthony has an older brother and a little sister. His brother, Michael Boyle lived in Australia and was Anthony’s inspiration. Maybe, that was also why Anthony dedicated his 2018 Theatre World Awards to his brother.

As for his sister, Ciara Boyle was a 14-year-old girl in 2019, who was a student at St Dominic’s Grammar School, Falls Road, Belfast. She by then had already published a few playwrights and was on her way to starlight.

Trivia: Anthony’s grandfather was also into the theater. During his high school, he played Romeo.

By 2021, Anthony Boyle garnered a net worth of under $1 million.

Also, some of his honorable Theater credits include — Harry Potter And The Cursed Child parts one & two, Mojo, Taming of the Shrew, East Belfast Boy, Othello, and Herons.

For the West End production’s Harry Potter And The Cursed Child as Scorpius Malfoy, Anthony was honored with Olivier Award for Best Supporting Actor, and he also went on to receive a Tony Award nomination for it.

In 2021, he was represented by Alexander Cooke.

Did you know: Anthony was expelled from middle school and was labeled “badly behaved” by his teachers.

No, Anthony Boyle isn’t gay. However, his character on Harry Potter And The Cursed Child as Scorpius Malfoy was believed to be gay by a few fans. The fans then accused its authors of queerbaiting, hinting that Albus and Scorpius making a fuss out of hugging was the “absence of casual intimacy allowed between homosexual characters.”

Anthony Boyle Girlfriend: Is He Dating Anyone?

Anthony Boyle was dating the actress and director, Kristy Philipps back in 2017. The two then appeared a few times over each other’s IG, and one of the pics (dated April 27, 2017) was still up over Anthony’s IG as of 2021.

Unfortunately, the two went their separate ways later. The reason for their split wasn’t shared. 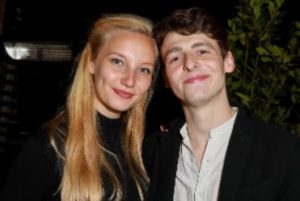 As of 2021, Anthony Boyle didn’t seem to be dating anyone. But, for all we know, he also might have a secret girlfriend somewhere.

Little info about Anthony’s former rumored girlfriend, Kristy — You might have seen her in movies and shows like Grace (2021), Cleaning Up (2019), Halfway (2018), and Will (2017). She was represented by Madeleine Dewhirst and Sian Smyth in 2021. Strangely, both her IG and Twitter were deactivated then.