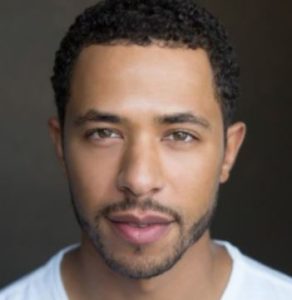 After enjoying an immensely popular run on BBC Radio 4, Annika Stranded arrived on the TV screen, with some changes. First, the name of the show was Annika. Secondly, the show was set in Scotland instead of Norway. And lastly, the new cast members of the TV show were Nicole Walker, Jamie Sives, Katie Leung, Ukweli Roach, Kate Dickie, Silvie Furneaux, and Paul Morgan.

In this article, we will focus on Ukweli Roach and provide every bit of information about him. Read along to find out about Ukweli’s parents, wife, or girlfriends, as well as interesting facts like height, net worth, age, etc.

The show Annika is about the character Annika who leads a Marine Homicide Unit, tasked with solving the murders of bodies that are washed up in the Scottish waterways. And one of her deputies is DS Tyrone Clarke.

The show is a six-episode miniseries that premiered on Alibi in Aug 2021.

Moreover, because of his 22nd September birthday, his zodiac sign was Virgo.

Ukweli Roach Parents, Is He Nigerian?

No, Ukweli Roach isn’t Nigerian. His name actually comes from the Swahili language and means Truth. In fact, Ukweli actually has Caribbean roots and not African. He was born to a black Guyanese father and white English mother Derby, England. Ukweli’s nationality was English.

His parents are in their late 60s, or 70s (his father was 75 years of age), and they were still together and vacationing (they went hiking in San Francisco) as if they were still a young couple.

Ukweli was very loving and respectful towards his parents. In 2018, he Tweeted,

“The more I learn about my parents as I get older, the more I realise how absolute boss they were through difficult times. It’s humbling. Hats off to you Mum n Dad!!”

Ukweli grew up in a very large family. Apart from his parents, Ukweli had at least four brothers and a sister. There may be more siblings that we do not know about. His sister gave birth to a boy in 2013.

Ukweli Roach stands at a height of 5 ft 11 inches, which is the above-average height of a British-Caribbean man. Furthermore, he has dark hair and brown eyes.

Until 19 Aug 2021, Ukweli Roach was not very famous on social media. We could not find him on Instagram. He was present on Facebook but did not have a page. Within social media, he was most famous on Twitter. On his Twitter handle @UkweliRoach, he had 9.3k followers.

Ukweli Roach made his acting debut in 2010 with StreetDance 3D, and his first significant role was Tom Greening for Eternal Law in 2012. He played secondary and minor characters in a lot of TV shows like Starlings (2012-2013), The Royals (2015), Humans (2018). His most famous role before Annika was Dr. Robert Borden for a TV show called Blindspot. His other acting credits include Death in Paradise, Dickensian, Grantchester, Monroe, Hard Sun, and a few more.

Other than his acting performances, Ukweli danced for Mariah Carey at a Fashion Rocks show at the Monte Carlo in Monaco. And he played Tybalt in Shakespeare Globe Theatre‘s production of Romeo and Juliet in 2009.

He studied at the National Youth Theatre. As a kid, he attended dance classes at Pineapple Studios.

Furthermore, Ukweli founded a dance company called BirdGang with his friends Simeon Qsyea and Kendra Horsburgh. He was the artistic director of BirdGang Dancing Company.

Is Ukweli Roach With Wife Or Girlfriend?

So, what do we know about Ukweli Roach’s wife/girlfriends? We know about one possible girlfriend. Towards 2017, Ukweli was allegedly dating Nadia Sohawon, a fellow British actor. Apparently, they went on a trip to Mauritius and Ukweli shared a photo from their trip on his Twitter.

However, neither Ukweli nor Nadia made any comment about their relationship. They neither confirmed nor denied the rumors and the only evidence of Nadia being Ukweli’s girlfriend was the photo from the Mauritius trip, in which the two of them were on the beach in swimwear.

Ukweli’s Twitter is actually a rich source of dubious evidence about his dating life. For example, in 2012, Ukweli Tweeted that he had a girlfriend. He did not mention the name of the said girlfriend. Also, in 2012, he was not married and obviously, did not have a wife. But there were fans of his who wanted to be his wife.