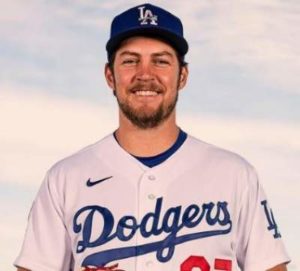 Months after Trevor Bauer joined the Los Angeles Dodgers in February 2021, he finds himself making headlines and news again in June. Although it was not a merrier recognition this time.

The American professional baseball pitcher, who previously played for Arizona Diamondbacks, Cleveland Indians, and the Cincinnati Reds, was accused of assault. Find out all scoops in the writing below.

What Did He Say About The Sexual Assault Allegations?

Until June 29, 2021, Pasadena Police Department was looking into an allegation of assault concerning Trevor Bauer. So we learned, the accuser, “Ms. Hill” had “sought and obtained an Order for Protection from the Court against Trevor under the Domestic Violence Prevention Act. Allegedly, the order was a result of a recent assault that took place at the hands of Trevor of which Ms. Hill suffered “severe physical and emotional pain.”

Trevor, meanwhile, denied allegations, according to a statement from his agent, Jon Fetterolf. Jon explained: Trevor had “a brief and wholly consensual sexual relationship” started by Ms. Hill beginning in April 2021. He claimed, their side has messages that show Ms. Hill repeatedly asking for “rough sexual encounters involving requests to be ‘choked out’ and slapped in the face.” And that, in both of their encounters, Ms. Hill had driven from San Diego to Trevor’s residence in Pasadena, California. Trevor’s attorney claimed Trevor “did what was asked.” That, the lady had only two meetings. And each time she spent the night she left “without incident” and kept messaging Trevor with friendly and flirtatious banter.

So basically, on behalf of Trevor, Jon judged this “Ms. Hill’s” basis for filing a protection order as “nonexistent, fraudulent, and deliberately leaving out the key facts.

Trevor Bauer, age 30 and the prevailing National League Cy Young award winner, never seemed to have been married before 2021. So, he did not have a wife at the time. Probably because he believed if he was married amid his getting-bigger career, he would be a very bad husband.

However, he has shared he does want a family in the future, “when he can be as all in on it.” Like this, Trevor had hinted he would be getting married maybe in a decade or so. Before that, he has a lot to do first.

In the meantime, he has three rules when he meets a potential romantic partner. He explained he has this way of outlining to her the parameters of any possible relationship on their very first date.

“One: no feelings. As soon as I sense you’re developing feelings, I’m going to cut it off, because I’m not interested in a relationship and I’m emotionally unavailable.

Two: no social media posts about me while we’re together, because private life stays private.

Neither. Soon after Trevor Bauer announced his decision to sign with the Dodgers on a YouTube video, early in February, a woman with “fiery” red hair had chimed in and she was Rachel Luba of Luba Sports and Trevor’s agent. And not to miss, it was she (alongside above mentioned Jon Fetterolf), who helped seal Trevor’s agreement to a three-year, $102 million deal with the Los Angeles Dodgers, making him one of the highest-paid players in League history 2022.

Are Trevor Bauer And Rachel Luba Still Together?

Following all this lot was talked about and speculated of Trevor and Rachel as a couple. But there never has been any proof to it. Also, neither Trevor nor the MLBPA certified player-agent/attorney ever had addressed the matter.

Just so you know, the young CEO also happens to be a competitive boxer and a former gymnast at UCLA. And lately, in 2021, she was featured in the 2021 Forbes “30 Under 30” sports category.

Rachel often mentioned Trevor on her Instagram @rachel.luba (with 71.4K followers until July 1, 2021) writing the likes of, “Thanks for helping make me the 1st (and hopefully not the last) female to rep a Cy Young winner! ⚾️🏆💅🏻” and sharing the moment like this. 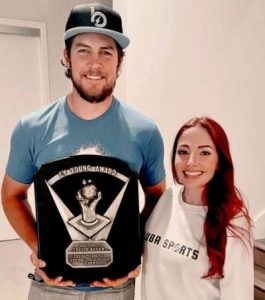 From the day when Trevor Bauer won the Cy Young Award in 2020 (PIC: Rachel’s IG)

About the query, if Trevor and Rachel are still together, it was not even confirmed if they were dating in the first place.