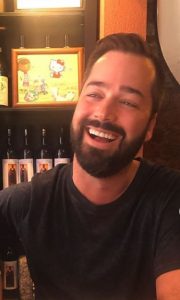 When it comes to a reality show on the television, especially with the Real Housewives franchise, you know there is drama lurking around somewhere.

The same thing happened at the start of 2020 with Real Housewives of Orange Country star Gina Kirschenheiter announcing a new partner in Travis Mullen on the 14 seasons of RHOC reunion.

So who is Travis Mullen and how did they end up being together? Know more in detail from the article.

Travis Mullen’s entry into the spotlight came when he was first linked to RHOC star Gina Kirschenheiter. Up until then, no-one knew him. And since it was a relatively new relationship, much was not known of him.

However, having said that the chemistry between the two is just amazing. Both are aged around the mid-thirties and have a lot of things in common. Gina also officially ended her previous relationship and enjoying Travis’s company a lot.

Looking at their progress, the couple might soon be seen walking down the aisle again and starting a family.

According to numerous wiki sites, Travis Mullen had turned 35 years of age in 2020. The outlets, however, didn’t state his date of birth, birthday, and zodiac.

From the start, there existed love in the air for Travis and girlfriend Gina Kirschenheiter as they found a loving and caring partner in each other.

By February 2020, the couple had been dating for about six months and it seemed that they were keen on their relationship to the next level. Also, they made their romance Instagram officials posting pictures together along with their children.

Similarly, when asked about the concept of marriage, Gina seemed very positive and expressed her desire to get married to Travis.

Reportedly, Travis and Gina met through a mutual friend.

Speaking about their romance, Gina told PEOPLE Magazine— “I know it’s nuts, but we’ve been together half a year. And when I think about that, I’m like, ‘That’s not a long time.’ But I honestly feel like I’ve known him forever. It seems so much longer.”

Ahead of the premiere of the new RHOC season in October 2020, Gina credited her weight gain to Travis. The reality star claimed— “I’ve put on some happy pounds — some love chub. Being in love it’s kind of like, you know, the freshmen 15. You just get there, you’re really excited, you’re eating everything in sight, there are no rules, and then before you know it, you look down, and yeah, you have a situation to handle. So, I have a situation to handle.”

It had only been a few months of dating each other and many questions regarding their previous relationship arose.

Starting with Travis Mullen, he was a married man and divorced with his first wife. From his previous marriage, he had two daughters and a son.

On the other hand, Gina was previously married to Matt. She and Matt confirmed her divorce after an incident of domestic violence. They had three children, two sons, Nicholas, Luca & a daughter, Sienna. 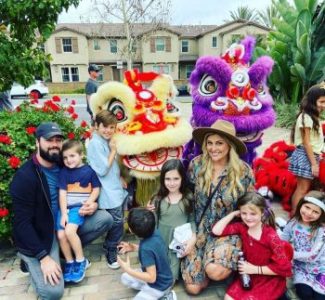 His kids jelled very with girlfriend Gina and her offsprings. Even during the pinnacle of the Coronavirus pandemic in Spring 2020, they seemed happy and celebrated Easter together.

When it comes to Travis Mullen’s professional life, it is well and truly wrapped under the curtains.

Nevertheless, Travis Mullen — with five feet & eleven inches height — had a tough job in hand to make his girlfriend happy. His romantic partner Gina is a reality show star with fame and $5 million+ net worth. Travis’ fortune, meanwhile, remained undisclosed.

According to his LinkedIn profile, Travis is an entrepreneur/owner. The profile, however, fails to specify the name of his business.

At the start of 2020, Travis didn’t own an Instagram handle. Moreover, he didn’t possess a Twitter handle.