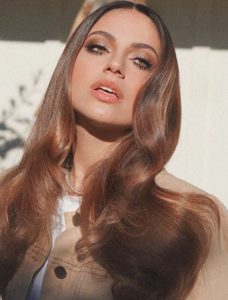 Possibly, there are only a few YouTube surfers who haven’t stumbled upon videos of Inanna Sarkis. The YouTuber/social media celebrity is best known for her funny videos and short films.

In 2020, she was credited for starring in Netflix’s Brews Brothers and her fans are all excited to see her embarking on a new journey.

This wiki-style article explores dating life and career endeavor starting with her biography so delve in.

The YouTube star Inanna Sarkis was born to her Assyrian dentist father Mirza Sarkis and her Bulgarian mother, who is a surgeon by trade. As for siblings, she has a brother named Tonio or @tkthevillain.

More on her family: Inanna credited her grandparents for teaching her Assyrian and Bulgarian language. Furthermore, English was her second language.

Talking about her family, she was about to pursue a career as a lawyer to please her parents. Going against their wishes, she enrolled and graduated with a Bachelors’s degree in Arts from Ryerson University.

In her YouTube video titled MY JOURNEY, Inanna remarked, at one point in her life, she weighed about 155 pounds (70 kilograms).

Unhappy with the way she looked, Inanna imposed hard work and discipline to get the measurements she desired. She was not ashamed of displaying her body on social media.

Inanna focused herself on eating greens and healthy, along with other physical training. And successfully she lost 35 pounds weight.

The Canadian social media showed signs of making her way into the entertainment industry early on. She grew fond of playing the piano at the age of 6.

Her parents enrolled her to take the conservatory piano lessons. As a result, she became an expert pianist.

However, her love for films and dragged her to Los Angeles, California. She focused on making a noticeable presence on Vine. However, after the Vine shut down, she directed her energy to build followers on Facebook and Instagram.

Inanna started out creating average 5-minute videos on YouTube and her prominence was starting to solidify with those nature of contents. Unlike many, she crossed the threshold from a mere social media star to making a presence in the mainstream entertainment industry.

As of the time when this article was penned, she was credited for her acting skill and directorial prowess in 40 different TV shows and movies.

Inanna landed her first TV show portraying the role of Kayla in Are You Afraid of the Dark? (2000).

Likewise, Inanna also appeared in the movie After (2019) where she played Molly. Along with that, she starred in several short videos and short films.

She was set to appear on three projects After We Collided (2020), Seance, and All-Star Weekend which was going under the post-production phase at the time of penning this article.

Social media was the platform giving power to her name. The followers Ianna Sarkis gained in her platforms have placed her in the position and stardom she might have not dreamt of before that.

YouTube, the medium which acted as a platform for her creative outlet, had over 3.71 million subscribers.

Through her vast social media reach, she landed a few endorsement deals. But Inanna had made it all clear that she was never in that for the first place, while several YouTubers and Instagram users are here to sell products and merch.

Inanna Sarkis is an undeniable beauty and talent and we would expect nothing less of her choice as a partner. As of April 2020, she was dating her boyfriend of almost 4 years Matthew Noszka. 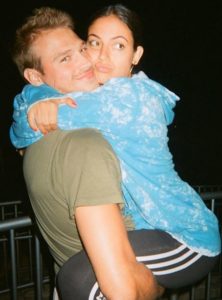 On 15 February 2020, Inanna wished her boyfriend a Happy Valentine’s day — their 3rd Valentine’s Day to be exact. The post suggested that the in-love couple initiated their girlfriend-boyfriend relationship after February of  2017.

Matthew is a model who is known for his gig with Hugo Boss, Nike, Ralph Lauren, Versace, and several other notable brands. Though they seemed to be really into each other, he and Inanna might be far from sharing the happiest days of their life.

Married, we might even see that happen. But, for now, they were enjoying each other’s company, understanding one another.