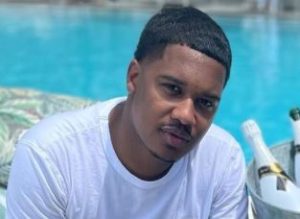 Tracy T shot to fame after penning a record deal with MMG. Rick Ross, the label’s head honcho, even labeled the rapper the next big thing.

In March 2021, Tracy made headlines because of his romantic affiliation with fellow rapper, Kash Doll.

This Tracy T wiki explores details about the rapper such as his age, height, and net worth. Also, continue reading to learn about his family, real name, and more!

On 7th October, Tracy celebrates his born day. As such, he is a Libra.

Back in 2013, on his birthday, Rick Ross took to Twitter and wrote— “I need everyone to wish Doublem young Gunna @TheRealTracyT Happy Gday! #Getmoney“

Tracy T was born with the real name Tracy Richardson in his hometown of Decatur, Georgia. He primarily grew up with his mother and brother, Roddricus Livsey.

Roddricus Livsey, also known as HotRod, is a popular boxer based in Atlanta. After losing his friend to gun violence, Roddricus took up boxing. By Feb 2020, he had turned pro with a 4-0 record and signed to the company Pulse Boxing.

Growing up, Tracy witnessed violence, drugs, and poverty. With encouragement from his grandmother, he stayed away from the troubled environment. He would even attend college and hone his rap skills as a student.

Tracy T measures around 5 feet 10 inches in height. Similarly, his weight was under 83 kilograms as of 2021.

A man of immaculate taste, Tracy has several tattoos. Meanwhile, he keeps waves on his hair.

Until 24th March 2021, Tracy enjoyed 185 thousand followers on the photo-sharing app Instagram. At the same time, he followed above 1 thousand people.

Read Another: Kent Taylor Wiki: Wife, Age, Net Worth, Cause Of Death

Tracy has been rapping since he was 7 years old. However, he didn’t take the art form seriously until he turned 18.

Following the release of his debut project “Swagger Right Check,” Tracy was shot four times during a robbery. For the next two months, he stayed in the hospital while recovering from the wounds.

Looking back at the almost fatal encounter, Tracy once wrote— “4 shots ain’t stop me in 2009…… Everybody falls but how many niggas keep getting up….. Hard to beat a fighter… #TBT The main reason I don’t take this thing we call life for granted… Bitch this shit real life We living… Play with it and get played. Everybody doesn’t get a 2nd chance.”

Over the next five years, Tracy worked on his art. Through the super-producer Beat Billionaire, he met Rick Ross and signed with the “Thug Cry” rapper’s label MMG.

Although Tracy eventually left MMG and signed with Money Bound Record Label, he still considers Rick Ross his family. Admittedly, he learned a lot from his stint with the label.

Delving into his discography, Tracy has several albums under his belt including “Millionaire Nightmares,” “The Wolf of All Streets,” “50 Shades of Green,” “Narcos,” and “Swagger Right Chapter”.

Kash Doll Tracy T, Dating, How Did They Meet?

Rapper Kash Doll finally unveiled Tracy T as her boyfriend in March 2021. At the time, she didn’t reveal when and how they began dating. 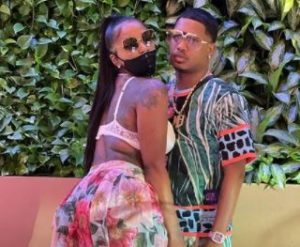 For his part, Tracy uploaded a clip of them having fun during a boat ride.

Back in 2019, Kash raised eyebrows following flirty exchanges with rapper French Montana. Before that, she was in a relationship with musician, Pardison Fontaine. As of March 2021, Pardison was dating Meghan The Stallion.

As of 2021, Tracy has at least one son and a daughter who was born around 2006. Details about his baby mama remain unknown.

Opening about fatherhood, Tracy said his life changed once his daughter grew of age.

About his oldest son, Tracy once tweeted— “MY OLDEST SON WANTED TO OPEN EVERYTHING YESTERDAY… NOW HE LOOKING SAD WHEN HE AINT GOT NOTHING TO OPEN ON CHRISTMAS DAY… “