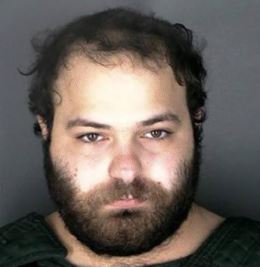 Ahmad Al Aliwi Alissa is a gunman who opened fired at a King Soopers grocery store in Boulder, Colorado. The shooting led to the death of 10 people including a local officer named Eric Telly.

In this Ahmad Al Aliwi Alissa wiki, read about the Boulder Colorado Shooter including his age, nationality, and religion. Furthermore, find out his wife, family, and job.

Discover Another: Kent Taylor Wiki: Wife, Age, Net Worth, Cause Of Death

Following a long standoff with Ahmad Al Aliwi Alissa, the law authorities successfully nabbed the Boulder Colorado shooter. Ahmad sustained a shot on his leg. Other than that, he left the shooting unscathed.

Boulder Police Chief Maris Herold released Ahmed at a press conference on 24th March 2021, two days after the shooting. At the time, Maris didn’t give out a possible motive.

Prosecutors booked Ahmed with 10 counts of first-degree murder and one charge of attempted murder.

Per sources, Ahmed had used an AR-15-style pistol modified with an arm brace during the attack. He also wore a tactical or armed vest. On 16th March 2021, Ahmed had bought a Ruger AR556 Pistol.

What’s more, according to authorities, Ahmed was the only person involved in the shooting. At the time of his arrest, he only wished to speak to his mother.

Ahmad Al Aliwi Alissa was born in Syria and raised in a Muslim household. Together with his family, he immigrated to the United States of America in 2012. In 2014, the Alissa family settled in Arvada, Colorado.

Boulder County district attorney, Michael Dougherty shared Ahmad has lived most of his life in the US. Thus, he likely has American nationality.

For siblings, Ahmad has a brother named Ali Aliwi Alissa. Ali is 13 years older than Ahmad and even has a wife. Ali’s wife (Ahmed’s sister-in-law) would comment that she saw Ahmed playing with the gun.

According to Ali, Ahmad was neither religious nor political. Ali also shared that the shooting surprised him. To CNN, he told— “I never would have thought he would do such a thing. I never thought he would kill. I still can’t believe it. And, I am really sad about the lives that he wasted, and I feel sorry for all those families. … We lost a brother even if he is the killer.”

Per his arrest warrant, Ahmad Al Aliwi Alissa is 5 feet 6 inches in height. At the time of his arrest, he was 200 pounds.

As for his presence on Twitter, Ahmad didn’t seem to have one.

According to his brother, Ahmad Al Aliwi Alissa may have been suffering from mental illness. Ali Aliwi Alissa told CNN that Ahmad grew anti-social after experiencing bullying during his time at Arvada West High School. His bullies reportedly made fun of his religion and last name.

According to Ali, Ahmed became increasingly paranoid circa 2014. He even duct-taped the camera on his computer. In Ali’s words— “He always suspected someone was behind him, someone was chasing him. We kept a close eye on him when he was in high school. He would say, ‘Someone is chasing me, someone is investigating me.’ And we’re like, ‘Come on man. There’s nothing.’ … He was just closing into himself.”

Ahmed’s Facebook posts showed he believed his high school was hacking his phone. He also asserted that racism played a part in it.

Back in 2018, Ahmed was found of third-degree assault after allegedly attacking a classmate. As a result, he was sentenced to 48 hours of community service and 1-year of probation. According to Ahmed, the victim had called him racial names weeks prior.

At the time of the Boulder Colorado Shooting in March 2021, Ahmad Ali Aliwi Alissa most likely didn’t have a wife. The same must be the case for his girlfriend. And the chances are he had yet to father kids.