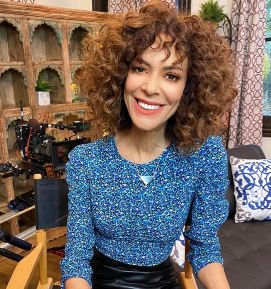 Tracy McMillan is a lady who wears many hats. But, most importantly she is a mother who had a harsh childhood and an unsuccessful married life. While her career was revealing as an open book, her personal life attracted attention.

Scroll down to learn more about bits and pieces of her life with this Tracy McMillan article where we explore details on her son, ex-husbands, and her boyfriend.

Tracy McMillan On “Family Or Fiance”

Tracy McMillan is the host of the show OWN’s show Family or Fiance, which explores the cast’s relationship along with family trouble. The first episode of the season was titled called Shae and Will: Drama With the In-Laws.

Shae and Will were tasked to spend three days in the same house together with their future in-laws.

Tracy McMillan was born on 12 September 1964. She turned 56 years old in September of 2020. Moreover, she secured Virgo as her zodiac sign.

Tracy McMillan was born to an African-American father and white mother. She noted in her interviews that her biological parents were both sex workers. Her father was a pimp, and her mother was a “girl-friend experience” prostitute.

Tracy McMillan spent her early childhood bouncing from one foster home to another, nearly two dozen to be exact. Then at the age of four, she found her new parents: Pastor Gene Ericson and June Ericson.

The author and TV personality was a sister to their five siblings including Faith, Sue Ann, and Connie. Tracy stayed with the family until the age of eight and a half. She used to get the visiting day to meet her father at the prison.

Tracy saw her father twice a year and had to travel by air to see him. She used to put on a new dress every single time she visited.

Tracy McMillan is a gorgeous lady with curly hair who stands tall at a height of 5 feet 5 inches (1.65 meters).

Coming to social media, she can be discovered on Instagram under her name (@tracymcmillan). The platform gathered her 93k followers. In the same way, her Facebook page Tracy McMillan earned 59k followers as of July 2021.

Tracy McMillan was married multiple times and had 3 ex-husbands in her life as of 2021. She married her first husband who was older than her while she was only 19. Even though Tracy looked for stability, things didn’t work between the two and they eventually ended up getting divorced.

Tracy’s second husband was a wealthy man, who cheated on her all the time. So, she decided to part ways with him. Finally, Tracy married again to a guy named Jim after she got pregnant. Together, they had a son named Joseph. Even though the things between the two didn’t work out, the couple agreed on co-parenting.

She also talked about her third husband publicly and praised him for being a great parent. They were co-workers and good friends.

Tracy McMillan has an adult son named Joseph who she had by accident. But immediately right after she ran a pregnancy test, and found out she was pregnant, Tracy wanted to have that baby more than anything. She was 31 at the time with a college degree and a career.

So, even though Tracy freaked out about it at first, she was ready to be a mom. As for Joseph’s dad, he wasn’t ready to have him as they had technically broken up three weeks before the pregnancy test.

Joseph graduated from Lewis & Clark College in 2019. She shared her son with her husband Jim.

In the hello sunshine podcast’s My Best Break-up, Tracy shared about his break-up with her son as he pursued college at the age of 18, making her an empty nester.

Does Tracy McMillan Have A Boyfriend?

As of July 2021, Tracy McMillan didn’t seem to be dating anyone. The last time she cared to mention having a boyfriend was around 2015-2016. During the interview with The Caret, Joseph stated that she was a fan of the New York Times article. One time, her boyfriend had asked her who she would choose between nytimes.com or her boyfriend?

While answering, she paused for a while. So, Tracy shared that he used to give her sh*t about it. But, the current (2021) status of her relationship remains obscure including the one she had at that time.

More From Us: Michael Landry Wiki: Randy Fenoli Partner, Cause Of Death