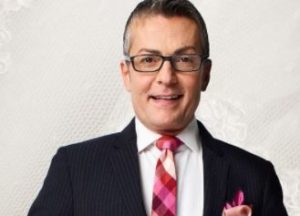 Say Yes To The Dress Season 20 arrived in 2021 and as always we got to see Randy Fenoli work his designing magic as the reality show continues. But how much do you know about his dating/married life? Does he have a husband, or perhaps a wife?

Stay till the end to find out.

Randy Fenoli was 57 years of age when Say Yes To The Dress Season 20 premiered in 2021.

He celebrates his birthday on January 30 and is of the Aquarius zodiac. 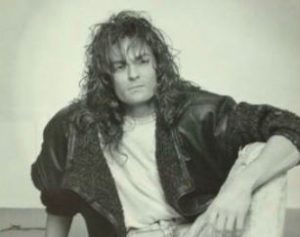 No, Randy Fenoli’s mother, Jeanette Fenoli was still alive as of July 2021. In fact, on June 12, his 97-years-old mother was just honored along with eleven other women WW2 veterans for their incredible work in the military.

On the other hand, Randy’s father didn’t have a likable image then.

According to Randy, his father was abusive and he always prayed to get away from him while he was a child.

Randy Fenoli garnered a net worth of stunning $4 million by 2021. And yes, it was all thanks to his time as an independent wedding consultant.

He revealed that he was paid $20,000 for a four-hour personal appearance.

Starting his craft at the age of 9, Randy first made his dress on his mothers’ sewing machine. Fast forward to 2021, Randy has gone from working as a gas station manager to a consultant at Kleinfeld and got himself featured in Say Yes to the Dress later.

Randy’s specialty can be defined in one word, “inclusivity” — a dress for every size and every age bride. Don’t forget to check his wedding dress collection over his page, titled “Beautiful Beginnings”, and “Silver Springs”.

Also, Randy once ventured into the real estate business after he moved to New Orleans. Reportedly, he bought two homes there.

In light of his education, Randy went to the Fashion Institute of Technology in New York City.

Is Randy Fenoli Married Or Dating?

Randy Fenoli wasn’t married or dating as of July 2021. Unfortunately, his partner of 8 years Michael Landry had just passed away in June that year. So, he was still in mourning.

After his partner’s death, Randy took it to his socials (all IG, FB, and Twitter), with the same caption, reminiscing the kind of man Michael was.

According to him, Michael was a “talented artist, a music enthusiast, a truly hilarious storyteller, connoisseur of luxury goods, a hardworking and respected worker.” He then went on to add that Michael was his “only life-partner for eight amazing years.”

Also, Randy promised over his socials that he would never forget Michel and “cherish every moment and memories” they shared. “You signed your name on my heart saying, ‘You We’re Here.’” My Dear Sweet Michael, you are loved and missed by so many,” Randy added. 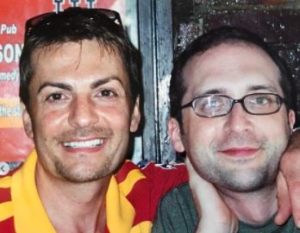 Randy’s partner, Michael Landry was four years younger than him. He was a Brusly High School graduate who went on to study fine arts at the University of New Orleans (class 1993). After completing education, Michael then worked for Gucci for 13 years until he jumped ship to Prada. He worked as an assistant general manager at Prada Fifth Avenue Flagship there.

Then in 2017, Michael joined Max Mara as a store manager. He left the company a year later and joined the Chanel Boutique in SoHo where he went on to work for another year.

Michael was 51 at the time of his death and his Facebook status labeled him as “self-employed” in New York, NY.

You might be confused if Randy Fenoli (being openly gay) ever took a wife or not. And the answer is no, Randy never had a wife.

In 2011, Randy joking responded to a fan’s tweet that he was married to a woman named Liza Minnelli for seven years. But it was only a reference made to an error on his Wikipedia profile.

Now, talking about Randy Fenoli’s “partner” Michael Landry, we have no idea if the two ever got married. But what we do know is Michael wasn’t Randy’s husband until 2016. They were reportedly only into three years of relationship then and had no plans about marriage.

However, if you ask us to take a guess, we say no Randy and Michael were never husbands. For someone like Randy, who’s being followed by the paparazzi most of the time, it is hard for the star to hold a secret wedding. Secondly, why would the “wedding consultant”, who’s popular for his amazing wedding feats, not dream about featuring his own wedding? But then again, each one to their own.

Did you know: Randy went by the stage name Brandi Alexander and performed as a female impersonator. He was so good at it that he even took home the Miss Gay America pageant crown in 1990.