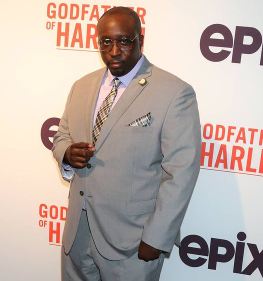 New York-based actor and musician, Isaiah Stokes got in some grave trouble with the law. He was charged with the murder of a man and possession. This could result in him being sentenced to prison for over 25 years.

Delve into this Isaiah Stokes [Actor] Wiki to learn about the murder charges, details on his family, and his career and relationship.

Actor Isaiah Stokes was indicted in July 2021 for the murder of Tyrone Jones in February by the Queens District Attorney’s Office. He faced a three-count indictment with a second-degree murder charge, and two counts of criminal possession of a weapon in the second degree.

The actor/musician was accused of shooting nearly eleven shots at Tyrone. The incident took place on 7 February around 2:45 p.m. local time. Video footage from D.A.’s office showed Isaiah exiting a parked car at an intersection in Queens, New York, and approaching a driver-side window.

Tyrone was later pronounced dead by the paramedics. The next hearing of Isaiah Stokes was scheduled for 19 July 2021.

Isaiah Stokes was born to a family of musicians in New York, the United States. But, his parents raised him in the South Jamaica neighborhood of Rochdale Village. Talking about his folks, Isaiah’s father was a Jazz musician. However, he never divulged names as well as the identities of his father and mother.

Moreover, his grandfather played blues so music naturally drew him in. Some of his other family members include Bernard Stokes, Gerard Stokes, Stanley Stokes, his cousin Eileen Stokes, and his aunt Angela Stokes.

The New York-based artist started his college career at Delaware State University (DSU). There, he pursued a double major in Accounting and Business Management with a concentration in finance and banking.

During his time in college, Isaiah pursued music seriously. In DSU, he founded the campus’s first student organization dedicated to Hip Hop preservation entitled, “From Our Neighborhood To Yours (FONTY)”.

FONTY earned prominence in college as they were banging parties, movie nights, and freestyle fellowships. These stirring activities brought Isaiah’s old neighborhood to a college campus – thirsty to engage in Hip Hop culture.

On Instagram, Isaiah Stokes goes by the name (@fontyrecords). The platform earned him 3,060 followers where she posted 227 posts as of July 2021. Moreover, he also has another IG account named (@whoisisaiahstokes) who only had 118 followers and 9 posts in total.

Moreover, Isaiah is also on Facebook where he posted an update on the platform in May of 2021. He also has a FB page with 202 followers.

More From Us: Michael Landry Wiki: Randy Fenoli Partner, Cause Of Death

Isaiah Stokes holds a total net worth of $1.5 million. His musical background with knowledge of the industry helped him flourish through film and music.

Later, Isaiah began to establish himself as a Hip Hop artist and released his first mixtape Like it or not Vol. I. The hit single, I love you, Isaiah, added to his stardom on the DSU campus. The song received airplay on both college and commercial radio stations in Delaware.

After realizing his potential in the music industry, Isaiah left DSU and turned his brainchild FONTY into his own record label: FONTY Records. Shortly thereafter, his music career thrived in full throttle.

In 2002, Isaiah toured with legendary Jazz musician Donald Byrd. From 2003 through 2004, he entered multiple talent showcases including Jimmy’s Uptown Café and Monday Night Madness with Maria Davis at the Soul Café. Isaiah also appeared on many mixtapes including Unsigned Underground, DJ Superstar Jay, and DJ Self a.k.a. the prince of New York.

Also, his hit single “I love you Isaiah” continued to receive positive feedback from radio listeners. Based on the response of the audience, Isaiah decided to release a video for the single, which he executive produced.

Moreover, the video debuted on Video Music Box with Ralph McDaniels and has played on the majority of locally broadcast video shows throughout the country. His second music video, “Pleasure’s Paradise”, played over 13 months in a row on BET’s Uncut. Isaiah continued to succeed by being the first and only rapper to release an album in partnership with Moet Hennessy USA entitled, I love you Isaiah Volume 2: Like it or not.

Along with music, Isaiah also pursued a career in acting in TV shows. Some of his notable appearances were Rescue Me, Law & Order: Special Victims Unit, Boy Wonder, Boardwalk Empire, F to 7th, The Americans, Louie, Blue Bloods, and Power among a few others.

Isaiah Stokes must’ve been at least one relationship in the past but there exist no details on his marriage and romantic life. So, it remains obscure whether he married previously or not. Furthermore, a man of his stature must have an active romantic life, but he was willing to keep his wife and wife prospects away from public attention.