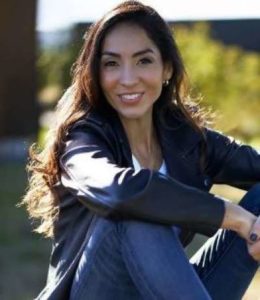 Theresa Marie Jones first appeared on the 19th edition of The Challenge, titled ‘The Challenge: Fresh Meat II’ on April 7, 2010. Ever since, proven to be one of the top female competitors in the field of physical strength and endurance, Theresa continued to appear time and again on the seasons ‘Rivals,’ ‘Rivals II,’ ‘Free Agents,’ and ‘Cutthroat.’

In 2020, she returned one more time to compete on The Challenge: Double Agents. The only difference was she seemed to have come more as a well-seasoned veteran player. as a well-seasoned veteran player out to not only win the prize money, but prove to herself and her former rivals that she could come back from retirement, so to speak, and play hard. And of course, there was always the prize money waiting to be won.

Here’s is everything to the fans who need to be updated on what she has been up to in between, from her going and returning.

Theresa Jones was born on August 3, 1985, in her hometown of Milwaukee, Wisconsin, in the Midwestern United States. We know based on the fact that her zodiac sign is Leo.

As she turned 35 years of age in 2020, Theresa composed a beautiful caption to her Instagram post, which read:

“Aging use to scare me, but I’ve only realized in growing old that it’s truly one of the most beautiful blessings we could ever be given.. Grateful for another year of living this beautiful chaotic life full of lessons, blessings and progressions.🙏🏽🤗❤️”

Because some of our celebs do not themselves speak much about their family, we ought to do a bit of social media digging.

Theresa dedicated Father’s Day message to her brothers Tony Gonzalez and Michael Gonzalez, who seem to be her elder siblings. She also has one more brother. Growing up the only sister to a bunch of brothers must have been a memorable childhood for Theresa.

By now, we know her maiden name is Gonzalez. Although, at the time, could not tell much about her parents apart from the fact that she acquired Puerto Rican ethnicity from them.

Theresa had 35.2k followers and 612 posts on Instagram (until mid-July in 2021). It seemed she is used to sharing every big small development from her life on the platform.

Further, on Twitter, she entertained 22.8K followers. At the time, we could not tail her on Facebook.

The late-2020 update on Theresa Jones career was that:

“After 6yrs, 2 kids and marriage I’ve some how ended up back for my 7th season on @MTV The Challenge: Double Agents🤪🖤”

While intel on her other jobs besides The Challenge remained obscure, lets us take you through her journey within MTV.

Theresa Jones, who won $35,500 sometime in the past, was a Fresh Meat contestant drafted by Ryan Kehoe. After being pronounced the finalist on Battle of the Exes II, she also competed on Fresh Meat II, Cutthroat, Rivals, Rivals II, Free Agents until Double Agents came along.

And now, as we wait for her to compete bravely on the new season of the show, let us tell those wanting to know about her net worth, that Theresa Jones reportedly accumulated nearly $500 thousand.

As her Instagram bio reads, Theresa is “Happily married to” to a former NFL wide receiver TJ Jones.

They got married sometime in July 2018 over a ceremony on the terrace at St. Regis Atlanta, attended by only family and closest friends. And until that happened they were an engaged couple since sometime in 2015. Reportedly, the couple connected on Twitter and talked to each other for almost half a year before finally meeting in person.

Talking about her husband, TJ signed on with the Toronto Argonauts of the Canadian Football League sometime in 2020. He playing sports young and thus achieved success early on in life.

Now, with her American-Canadian husband, Theresa has two kids. They welcomed their first one, an adorable daughter Easton Kaia Jones, on December 5, 2015. The secondly born, a boy whom they later named Maddox Jayden Jones came along on April 5, 2019.

The kids are everywhere on the couple’s social media pages. 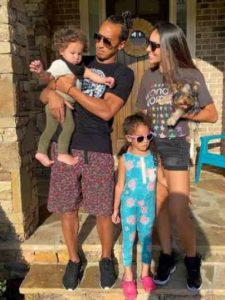 Theresa with her family, on her 35th birthday (PIC: Theresa’s IG)

In January 2021, Theresa shared she and her husband TJ were expecting baby #3. Uploading a photo of them and their kids shooting confetti, the couple announced their 3rd child was going to be a daughter. July that year, they welcomed a daughter and named her Layla Capri Jones.