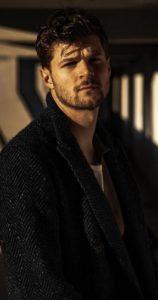 Jim Chapman is a man of style. He gained prominence in the world of internet with his vlogs that encompassed almost everything that people can think for content on YouTube. But mostly, he does fashion vlogs, cooking tips, and recent trends.

This wiki-type article disclose facts on YouTuber’s professional and personal life, so delve into it.

Jim Alfred Chapman was born on 28 December 1987. He was born to John Chapman and Judy Chapman in Norwich, Norfolk, England.

Jim came from a broken home. His father had an abusive nature and used to assault the whole family including his siblings and mom Judy.

Being not able to withstand his behavior, Jim’s parents got divorced.

Jim’s father John passed away in 2017. Due to the unforgettable past the two had, Jim didn’t even attend the funeral.

Jim has a twin brother named John Chapman, named after his father. He also has two elder sisters Samantha Chapman and Nicola Chapman.

Furthermore, Jim attended the University of East Anglia to get a degree in Psychology. But to give full time to pursue his career on the internet, he dropped out early.

Jim Chapman started his career as a YouTuber in 2009. He made an eponymous channel after his then-girlfriend Tanya Burr insisted on making one for him.

He also collaborated with other renowned YouTubers like Marcus Butler, Alfie Deyes, Louis Penland, Tyler Oakley and many more.

As of January 2020, Jim’s YouTube channel has garnered over 2.2 million subscribers.

In addition to that, Jim set off his career as a writer in 2017 when he published his first book titled 147 Things.

Jim stands at a towering height of 6 feet 3 inches (1.91 meters). Whereas, his total net worth is estimated to be about $2 million with his career as a YouTuber, modeling and brand endorsements.

Jim was already dating his long-time girlfriend, Tanya Burr before he rose to fame. They started dating each other in December 2006. After dating for almost 6 years, the in-love couple got engaged in 2012.

On 3 September of 2015, Jim and Tanya tied knots and became man and wife. The beautiful wedding was set in a Babington House, Somerset.

But after three and a half years into their marriage, the children-less couple announced their separation. Both parties involved took it to their Instagram to make the news official. 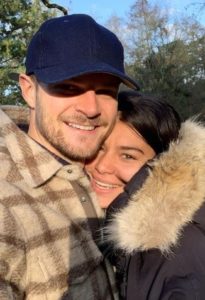 In 2019, after Jim’s divorce with his then-wife Tanya Burr, rumor of him dating lingerie model Sarah Tarleton was afloat.

Jim and Sarah confirmed that they were in a girlfriend, boyfriend relationship in June 2019 via Instagram.